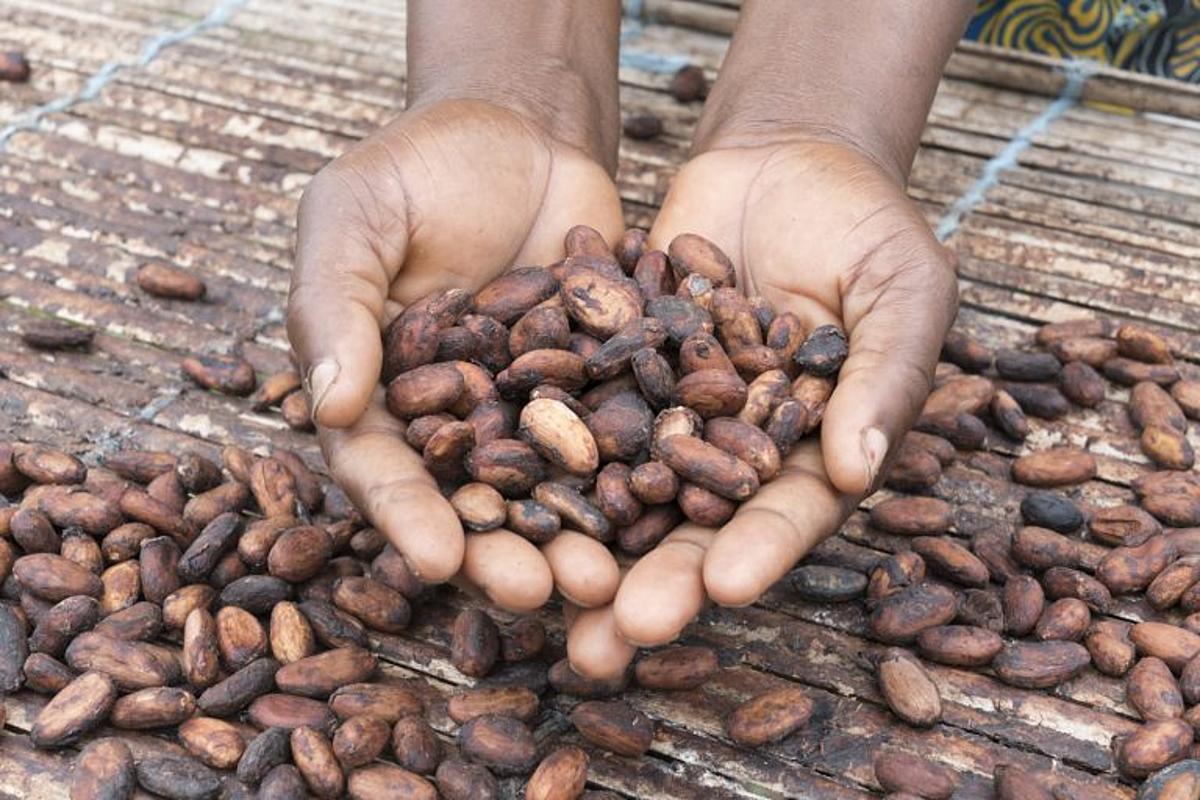 In Bogia, Madang Province, K1.2 million has been set aside for cocoa development.

Boto Gaupu, the chief executive officer of the Cocoa Board, stated that they are willing to collaborate with the Bogia district to grow coconut and cocoa.

“PNG Cocoa Board is serving the same clients and as to the district by working with the farmers at the village level and revive cocoa which was one of the commodities grown in the area for many years,” he said.

“We are committing K600,000 to the district of which K100,000 will be initially presented for the purpose of reviving cocoa and other cash crops in Bogia, Madang Province.”

The district is also dedicated to working with any government and non-government organizations, according to Bogia MP Robert Naguri, and the cocoa board's involvement will go a long way.

He claims that this will assist more than 100,000 people in the provinces of Bogia and Madang.

“We are also committing K100,000 through the district development authority and that will help support the initial work to be carried out in the district.”

He stated that this is the start of a new path for Bogia, and that the resuscitation of cash crops such as coconut and cocoa in the area will pave the way for socio-economic growth. 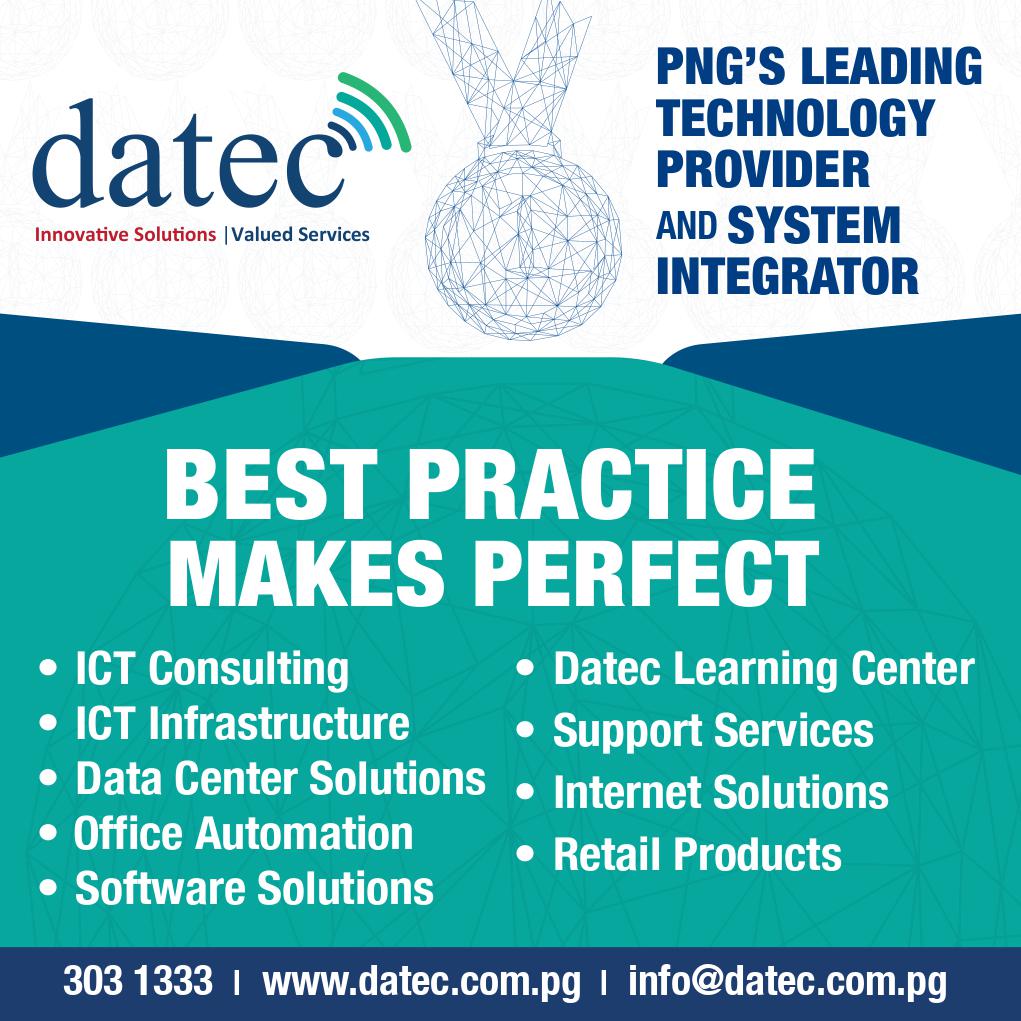 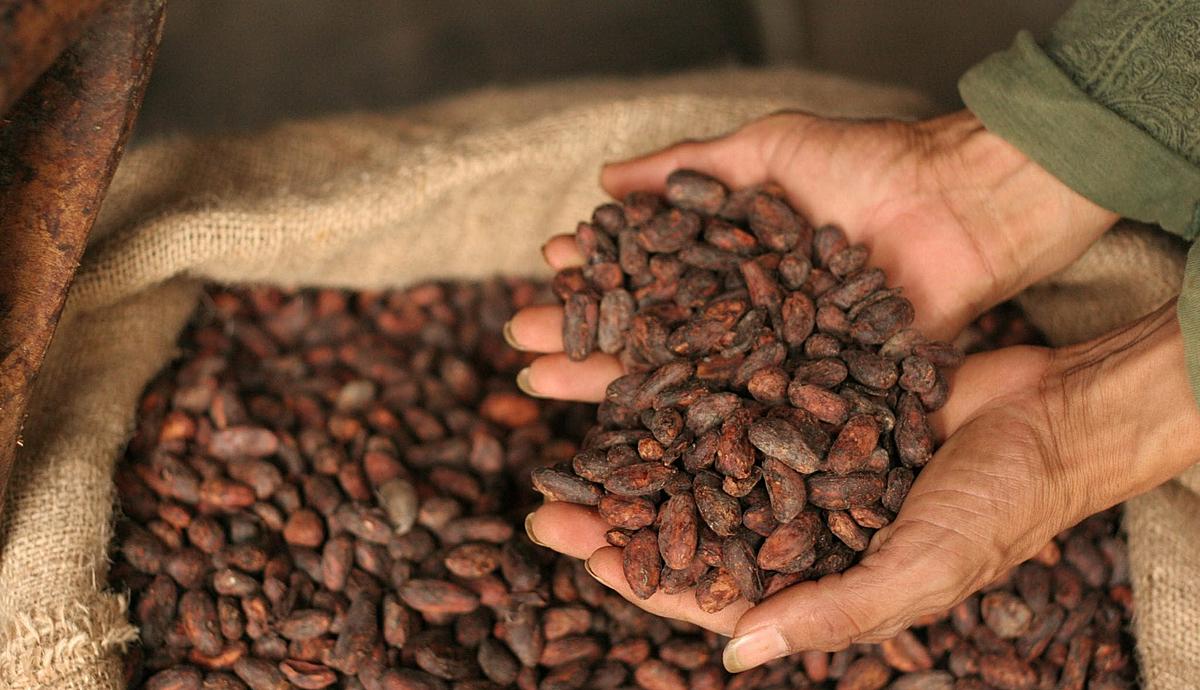 The government has so far put in K19 million for cost support to cocoa. According to Agriculture and Livestock Minister John Simon, the high-quality cocoa needed to be produced for the price to stay at K3 per kg. He added that last year, it was K10million and this year, K9 million as an incentive to growers to increase production.  He said that what was being rolled out now was the K10 million from last year.  “This year, the Government has allocated another K24 million (for agriculture price support), of which we have given another K9 million to cocoa, which makes it K19 million,” he said. “This money is for you (cocoa farmers). The money, however, will only be paid when you bring out your cocoa and weigh it on the scales.” He added, “I want to see men and women in the villages who are involved in cocoa, I want to visit them, I want to see that their cocoa gardens are clean, I want to see a good production of cocoa, I want to see happy farmers who are receiving money.” 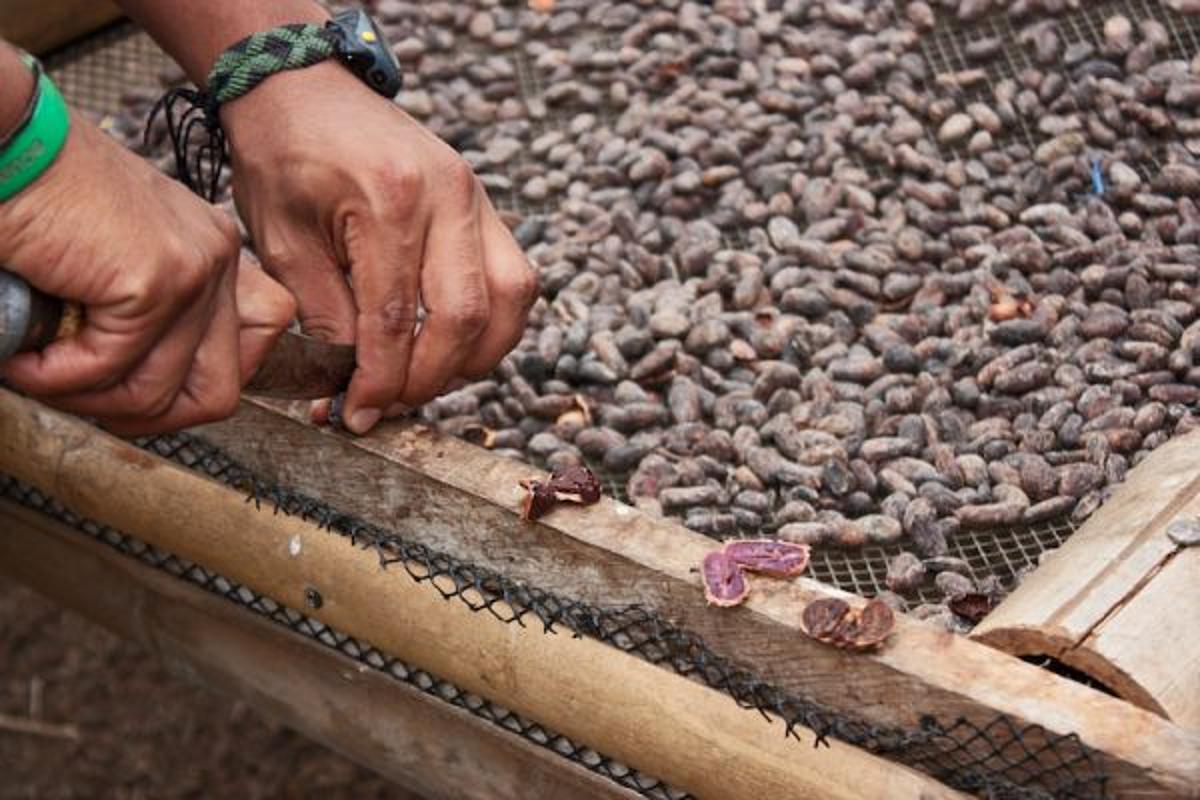 Photo Credit: Paga Hill Estate According to the Pacific Horticultural and Agricultural Market Access Plus Programme, the country's cocoa sector is poised to enhance its standing in international markets, due to recent investment aimed at decreasing smoke taint and increasing cocoa quality (Phama Plus). The PNG Cocoa Board is collaborating with Phama Plus to improve possibilities for PNG's cocoa-growing communities. “Through the support of Australia and New Zealand, Phama Plus has been in collaboration with the PNG Cocoa Board since 2015, providing training in innovative farming practices that maximise profitability and income and maintain a sustainable value chain to improve international competitiveness for PNG sourced cocoa,” Phama Plus said in a statement. “PNG is a longstanding producer of high-quality cocoa on the global market; however, due to smoke taint affecting the flavour of cocoa, PNG’s fine flavour status was recently reduced (from 90 percent to 75 per cent) by the International Cocoa Organisation. “This impacted the premiums paid for cocoa and influences the value of trade from international niche and speciality cocoa buyers. “Recently, 57 local farmers and their team leaders in Lower Watut, Morobe and Aitape, West Sepik attended training sessions delivered by Cocoa Board officers on the correct post-harvest practices to better understand key stages of primary processing of cocoa, including harvesting, transportation, fermentation, drying and storage.”   Reference: The National (30 June 2021). “New initiative to improve cocoa quality”. 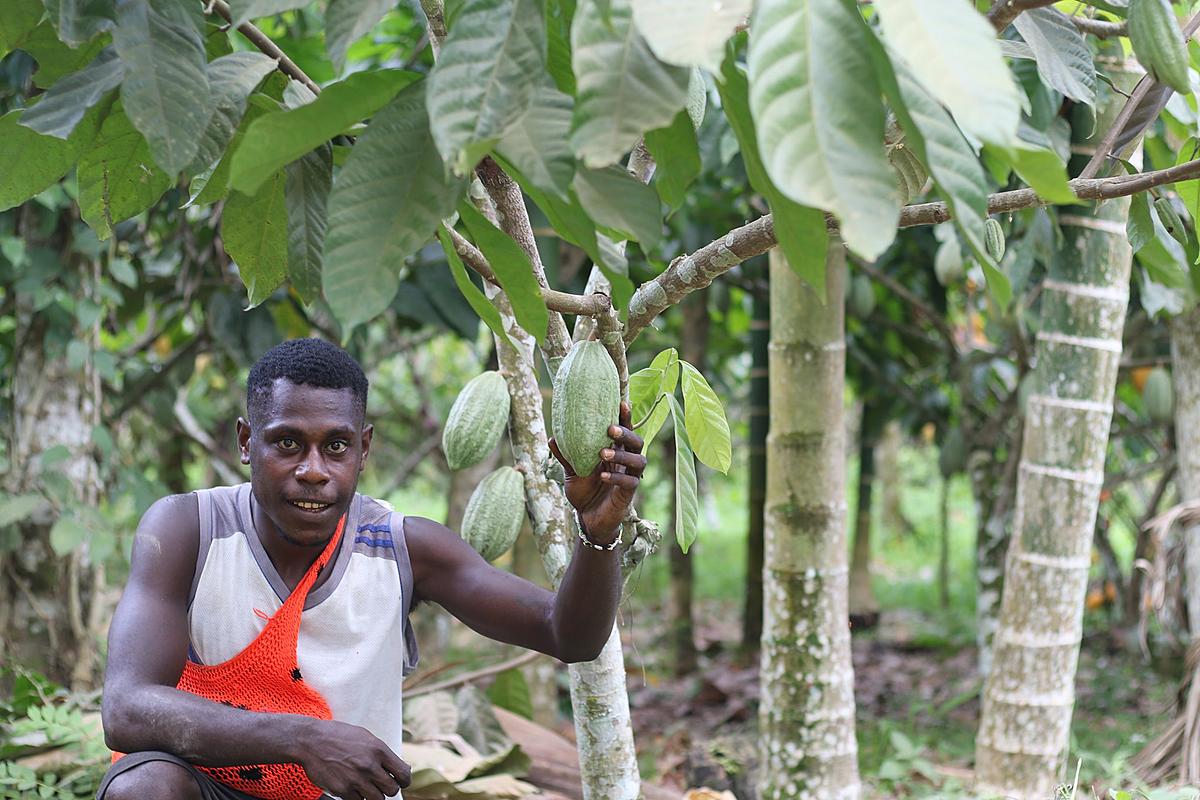 With approximately US$300,000 in funding, technical help, and mentorship support, the European Union (EU) is promoting rural entrepreneurship, investment, and trade programs. It aims to revive the agricultural sector by partnering with private sector innovators such as Agritech, Fintech, supply chain financing, mobile money providers, and other businesses to improve access to finance, knowledge, information, and markets for agriculture micro, small, and medium enterprises. Programme manager of the BPNG SME accelerator Dominic Sikakau said: “The fund will most likely address and develop the demand side of financial access and will contribute to poverty reduction through sustainable and inclusive economic development of rural areas, through the development of value chains of three commodities – cocoa, vanilla and fisheries in that region.” Shortlisted candidates would be asked to provide at least 30% of the overall project cost, which includes technical resources, personnel, and operations. In addition, they will participate in a three-day bootcamp, pitching support, business support building, and pitching coaching. Marco Arena, EU’s innovative financing specialist said: “The EU believes SMEs are key enterprises to the sustainable development of PNG. “With technical assistance, companies can compete for resources that they will be able to use and to grow to expand their businesses and create jobs and opportunities for low-income areas,” Arena said.   Reference: The National (11 October 2021). “EU allocates US$300,000 to revive agriculture sector”. 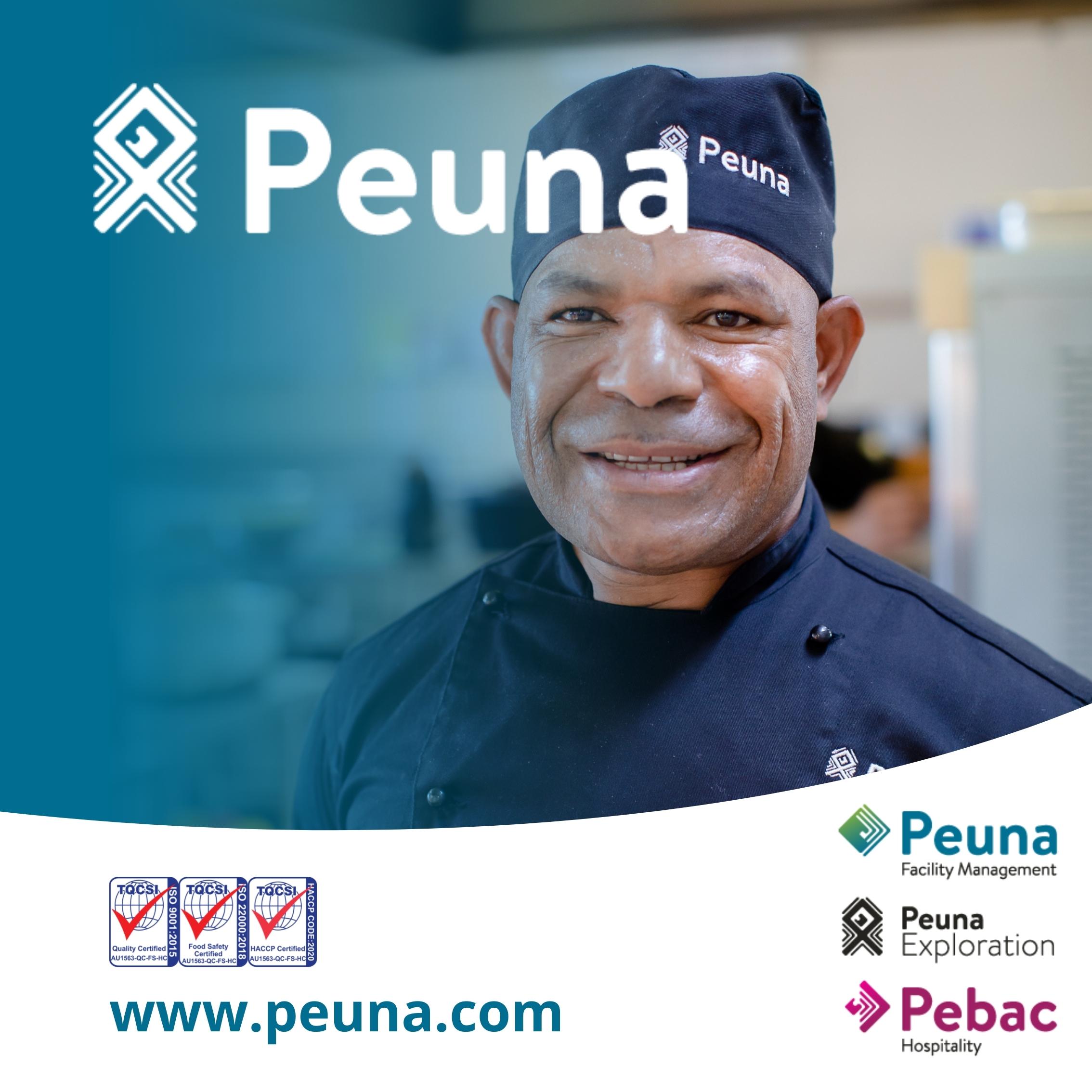 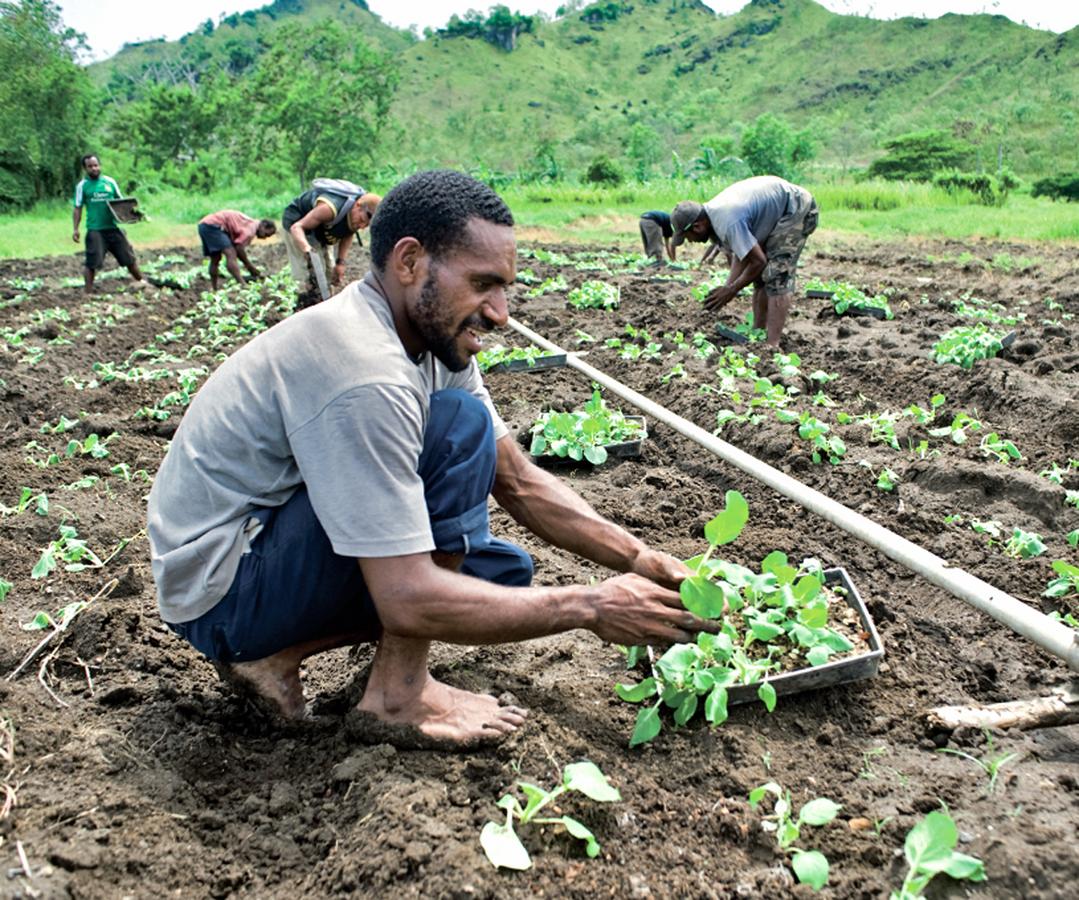 Photo credit: Oxford Business Group The creation of the new ministries by the current government for both major agricultural commodities, Coffee and Oil Palm is a huge step forward in achieving the agriculture sectors economic potential. For the past years the agricultural sector had not been fully utilized by consecutive governments as the focus had mostly been centered on the extractive industry and Mining &amp; Petroleum sector. This important and vital sector is eventually and currently being recognized as an economic pillar to boost the state coffers. Prime Minister Hon. James Marape said the allocation and restructure of the four newly created ministries concentrating on Horticulture (Fresh produce), Coffee, Oil Palm, and Livestock to the agricultural sector is a complete paradigm shift to get agriculture moving again. The focus of the Marape Government on ‘Taking Back PNG’ is deeply rooted and aligned with the mechanisms and functions of the agricultural sector as most of the country’s population are situated in rural settings and largely depend on subsistence agriculture to sustain themselves. Coffee, Cocoa, Oil palm and Fresh produce have been a mainstay that this rural population rely on for income for so many years. As far as many Papua new Guineans can recall and relate, Agriculture has always been the foundation and backbone of the country and it can surely drive the economy forward. Although the agricultural does not match in monetary turnovers for the country, it is an economic foundation and is here to stay. In comparison over monetary benefits with other sectors, Agriculture had not been performing to expectation due to so many underlying issues concerned and faced with the value chain of agricultural commodities prompting a decline in agricultural activities over the years. The Prime Minister said it was no secret that agriculture had declined since independence in 1975, and the current allocation of the four agricultural ministries was to revive the sector for it to be a major income generator for PNG. PM Marape said this when explaining the concept and rationale for his allocation of four ministries to the agricultural sector. This direction by the Marape/Rosso Government to emphasize more on agriculture will boost agricultural activities in and around the country. Mostly the sector had not been given proper recognition for decades and had been lacking government intervention from past successive governments. Now with the current Government’s backing, the respective agricultural ministries and its industries are expected to flourish dramatically and are likely to bring more benefits. The new ministries will also empower provinces that currently do not have mining and petroleum resources. This will certainly build stronger local economic activities for future generations. “We want to see import replacement and more exports within the agriculture sector, which is why we have allocated four separate ministries to agriculture,” PM Marape said. The recognition of this agricultural industries will also ease and slowdown rural-urban drift. The number of people migrating from rural areas into towns and cities in search for better opportunities have risen in the past couple of years due to inequality in the distribution of wealth and lack of government services. Thus, the governments focus on agriculture will encourage many unemployed Papua New Guineans living in urban areas to go back to their home Provinces or villages and be self-reliant. As economic opportunities arise in rural areas from vibrant and innovative policy interventions within these newly created agricultural ministries, it will attract many to contribute meaningfully and be productive on their own customary land. Prime Minister Marape said over the last three years prior to the creation of the new agricultural ministries, his government has given millions of kina to support agriculture through price and freight subsidies and SME support. “We are now targeting specific commodities through the establishment of the four ministries. Over the next term of government, we will give specific production targets for Coffee, Oil Palm and all other major agricultural Commodities” he said. The government also plans to revive and rehabilitate once thriving agricultural hubs in the country such as Cattle farming in the Central Province and the Coffee plantations of the Highlands region that produced quality organic Coffee and grew the fledgling industry pre-independence in the 1960’s.   Now that the agricultural sector has been categorized into four industries, there will be room for much improvement in economic activity within the agricultural sector as people will start contributing meaningfully to the economy. 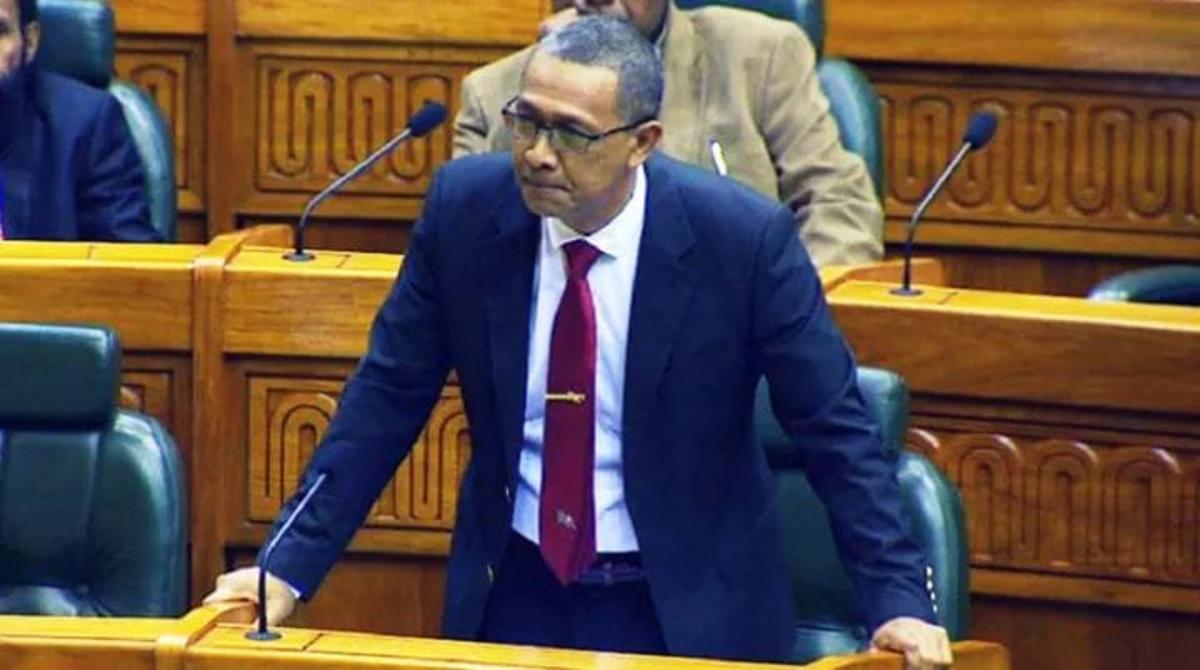 Treasurer Ian Ling-Stuckey is dismayed at how the 2022 National Elections were conducted and is now looking forward to a complete review of the allocated funds that were spent on the elections. Ling-Stuckey recently stated in parliament that the government had allocated and funded enough money for the election process to be conducted this year. “We provided a further K50 million to cover the costs for the 2022 election, bringing the total funding for the election to nearly double the level of expenditure in the 2017 national elections. There was enough money to support a much better election this year, so I look forward to the proposed parliamentary committee examinations of what went wrong and what can be done better” he said. The Treasurer also expressed concern that there was a decrease in the public servants’ salaries. He explained that “Once again there is a salary cost overrun. This is K201 million much lower than in previous years, and out of this, over 70 percent is related to teacher wage overruns. We contributed to bring this area under control. After no pay increases during the latest part of the Covid-19 crisis, it is now time to start increasing some salary payments”. “There is also the need to provide additional funding for the seven new districts that have been created and K3 million each has been provided. There are also new members in existing electorates, and it is appropriate that they be given some funds for commencing programs through to the end of the year. For equity reasons all districts and provinces needed to benefit the same so an additional 2 million per district and province have been allocated bringing the funding back to 10 million per districts and provinces” he said. Meanwhile there was an announcement on Thursday last week that the Department of personnel management, Treasury and Finance are working together to ensure that there will be a three percent pay increment in the salary of public servants. This pay increment is to be adjusted and effective by December this year, the welcoming news for public servants was confirmed by the Secretary of the Department of Personnel Management, Taies Sansan. 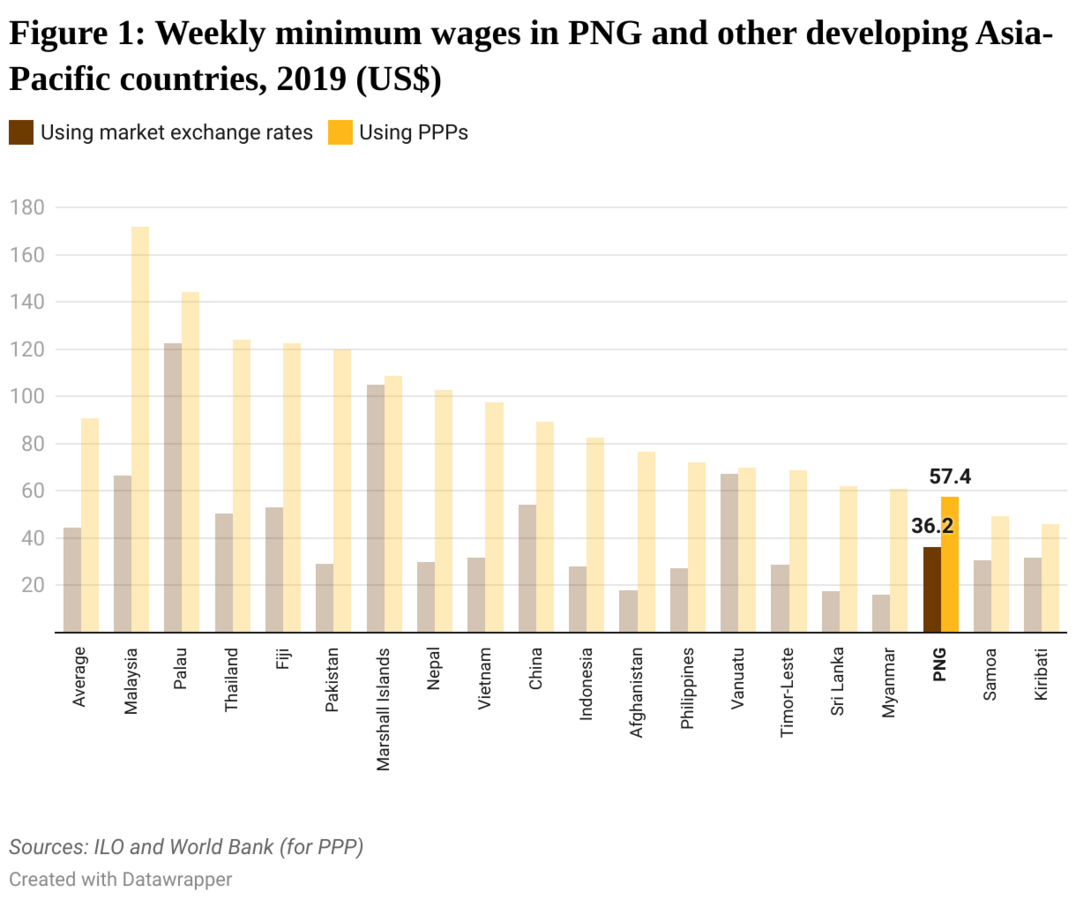 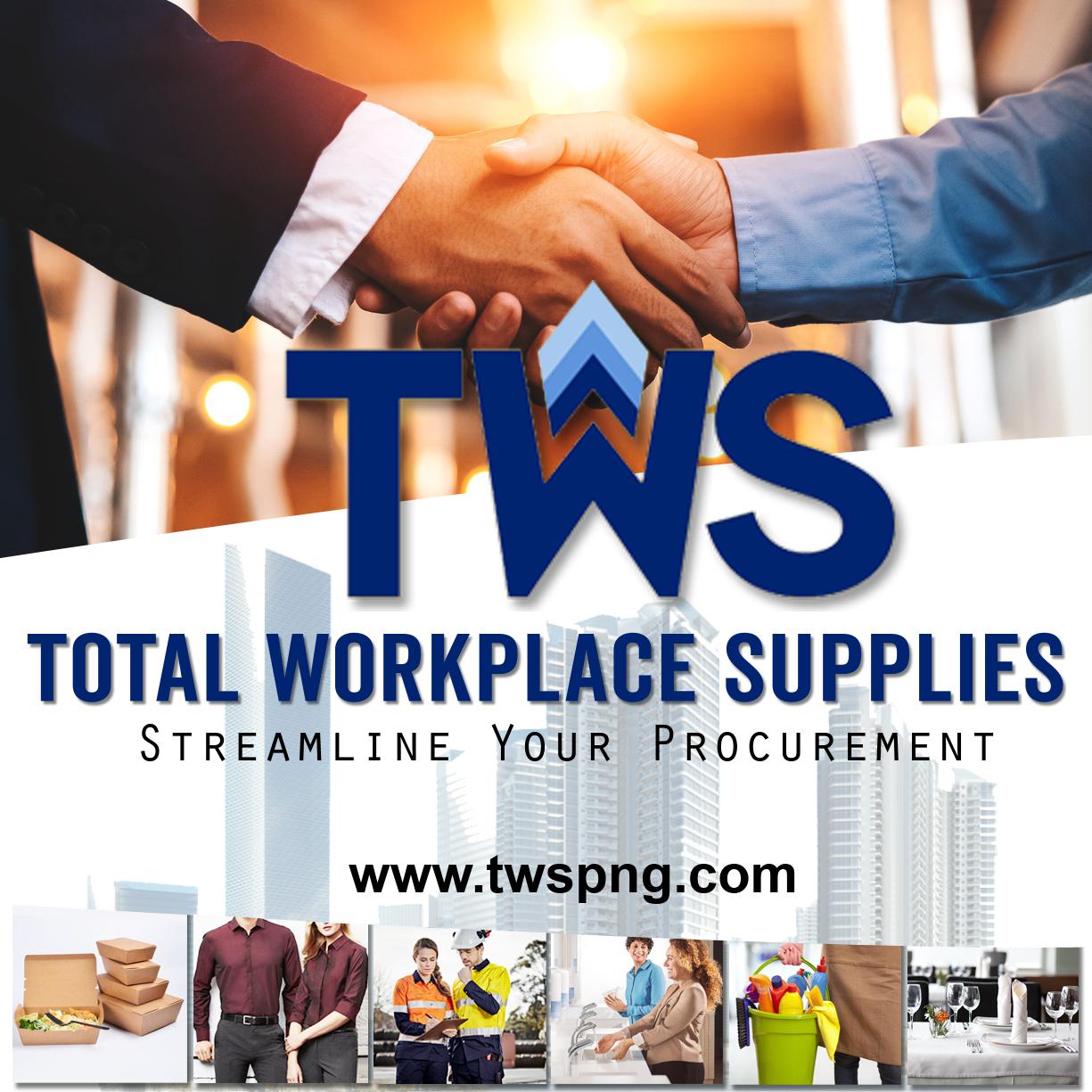 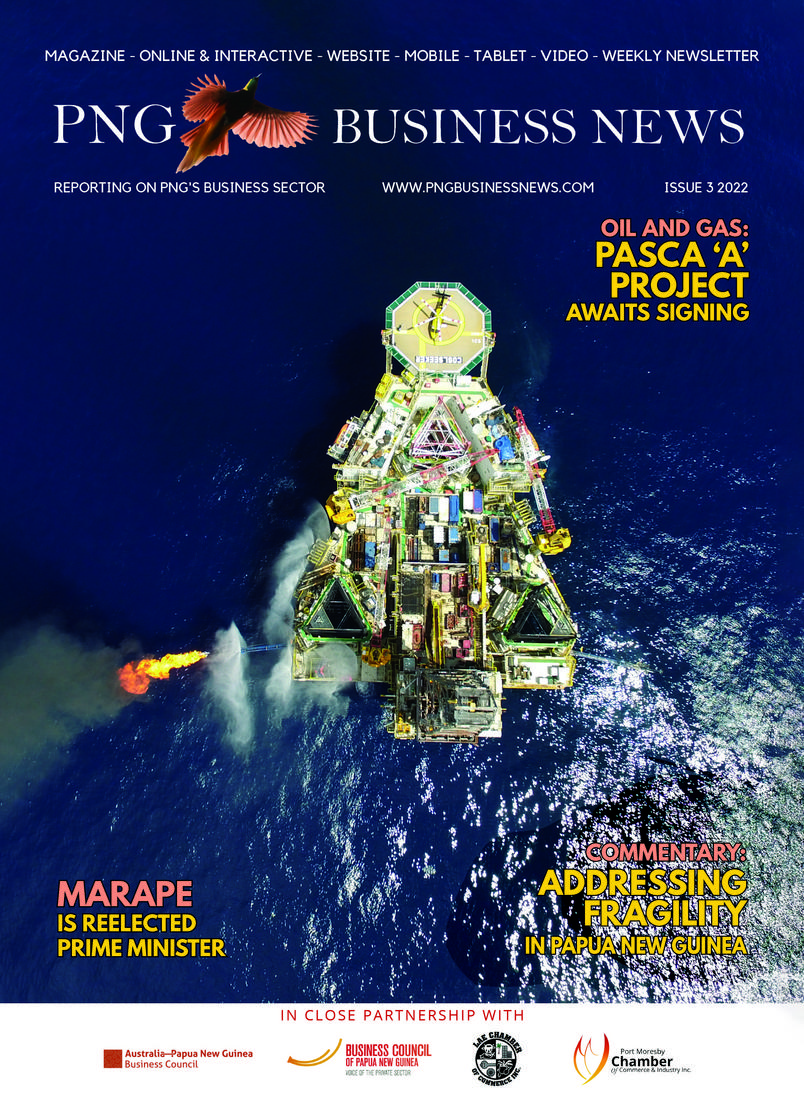