Country Can Generate Millions For The Passage Of Ships 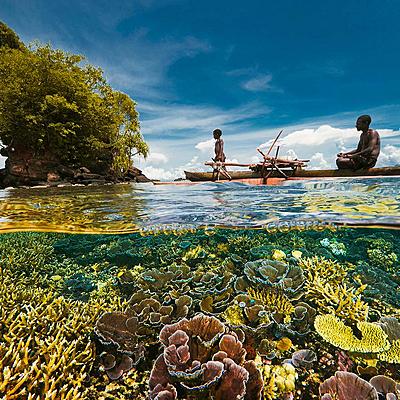 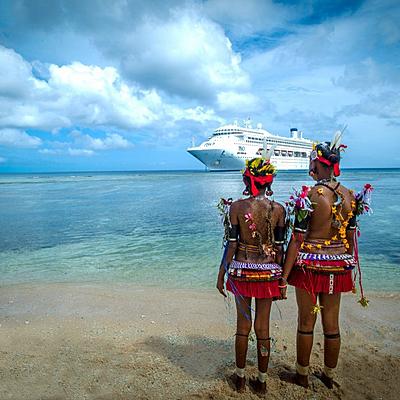 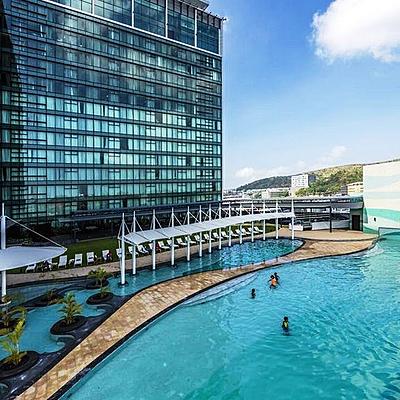 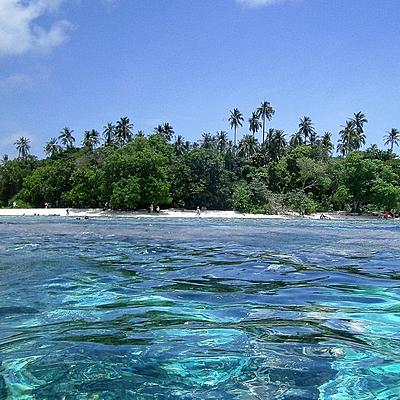 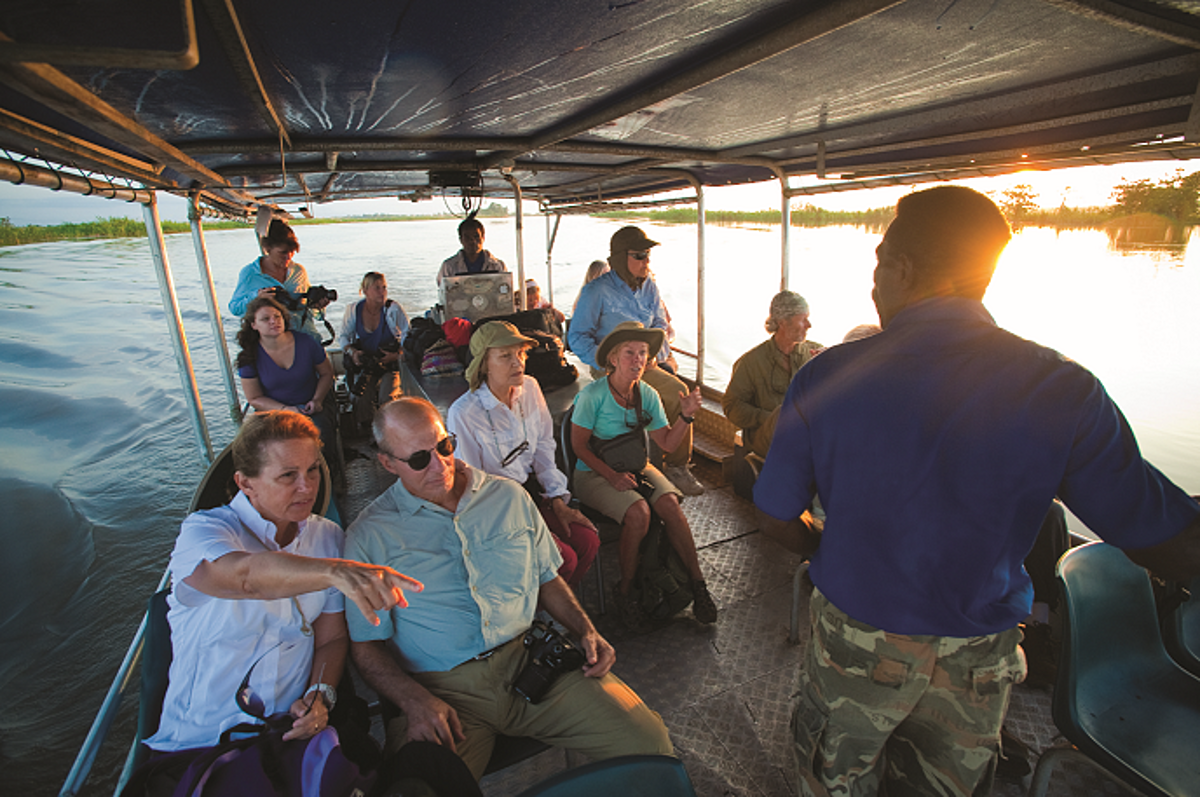 COVID Has Affected the Tourism Industry

The pandemic has indeed affected the tourism industry in the country.This was according to Tourism, Arts and Culture Minister Isi Henry Leonard who said that the travel restrictions has brought less international tourists to enter the country and has caused fewer tourism activities. However, he said that it is important to promote local tourism and activities in the country. “Our local tourism sector is also affected but not to that extent,” he said. “So we should now put more emphasis on local tourism by ensuring support in terms of travel and mobility within the country.”He added that a national plan was already in the works to align tourism in the country after the ill effects of the pandemic. “I think the plan should provide the way forward for tourism to rise above the Covid-19 challenges in the tourism sector,” he said. “We need to protect the tourism sector by devising possible solutions and strategies to ensure the sector continues to be promoted and maintained. So for me, I think we should emphasis more on local tourism by bringing programs and activities back to where the people are.” Once the plan is finalised, he said that they will seek the support of the National Executive Council. 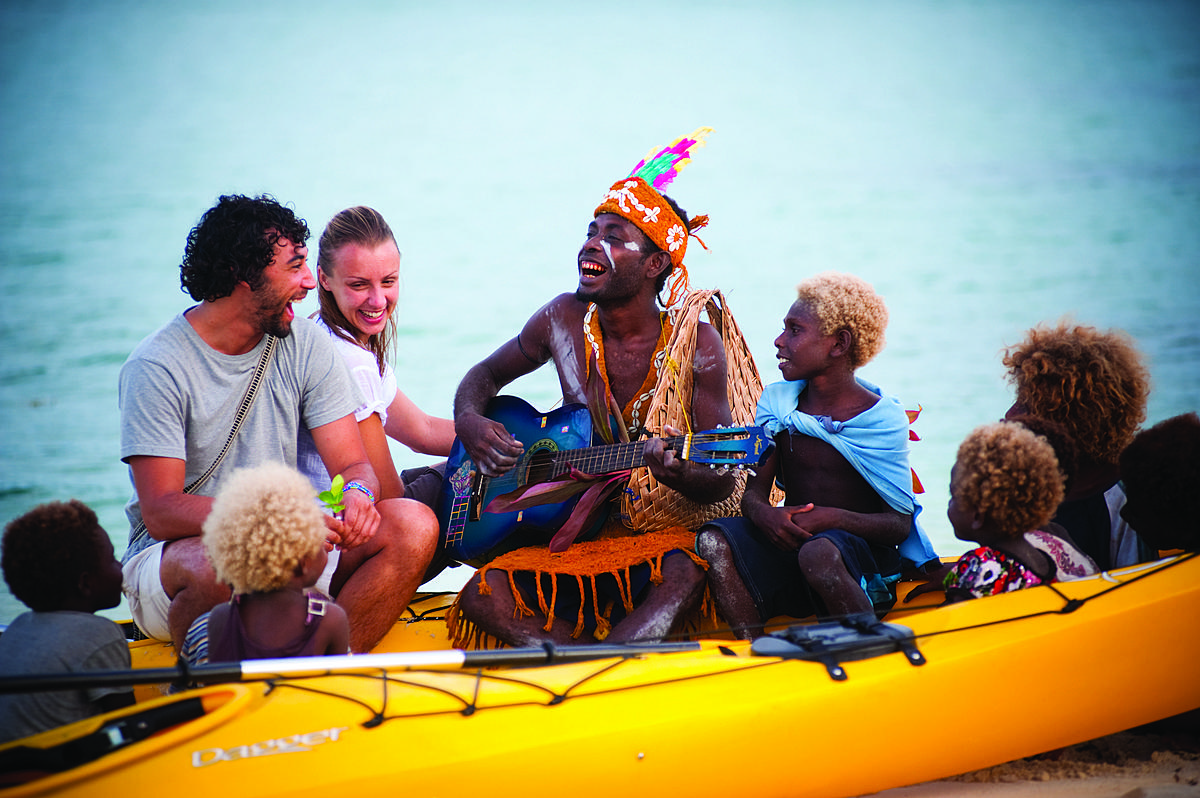 Official: High Costs of Airfares are a Challenge to Tourism

The high costs of airfares have been a challenge to domestic travel and tourism. According to the Tourism Promotion Authority (TPA) Chief executive officer Eric Mossman, that in spite of the ill effects that the pandemic has brought to the country, this has allowed them to reassess and see where the industry was and how to maximise that potential in the country. “One of the most important things that we have realised is that the cost of travel is one of the biggest impediments to growing tourism generally,” he said. “So we will be writing to donor agencies to support us to conduct a study into the composition and structure of the airfares and look at ways that we can improve. Perhaps opening up the airspace, signing up agreements, bringing in competitors into the market, especially in the domestic sector, so that when we have competitive airlines competing within the domestic sector so the prices of (aeroplane) tickets can decrease. But these are some of the bigger challenges that we faced. All in all, we are positioning ourselves to move forward having learnt from the impact of the Covid-19.”In addition, former tourism, arts and culture minister Walter Schnaubelt challenged the new Minister Isi Henry Leonard to see how the costs of airfare can be reduced. This may also involve dialogue with the National Airports Corporation and Air Niugini. Meanwhile, given the high rates of airlines, Leonard encouraged the public to also try using the maritime mode of transport. “We should look within and promote local tourism,” he said.He further noted that programmes or cultural festivals needed to be spread out for government funding. “Spread out the programmes whether it be sporting or cultural activities, snorkelling, diving or sight-seeing – have them programmed in the annual calendar and have the Government to fund those,” he said. “Promote those areas that have the potential in tourism and use provisions within the laws and promote tourism hubs within those areas. One of the laws we recently passed is the Special Economic Zone Act 2019 where we can explore to create hubs and invite the industry players to come to invest in them.” 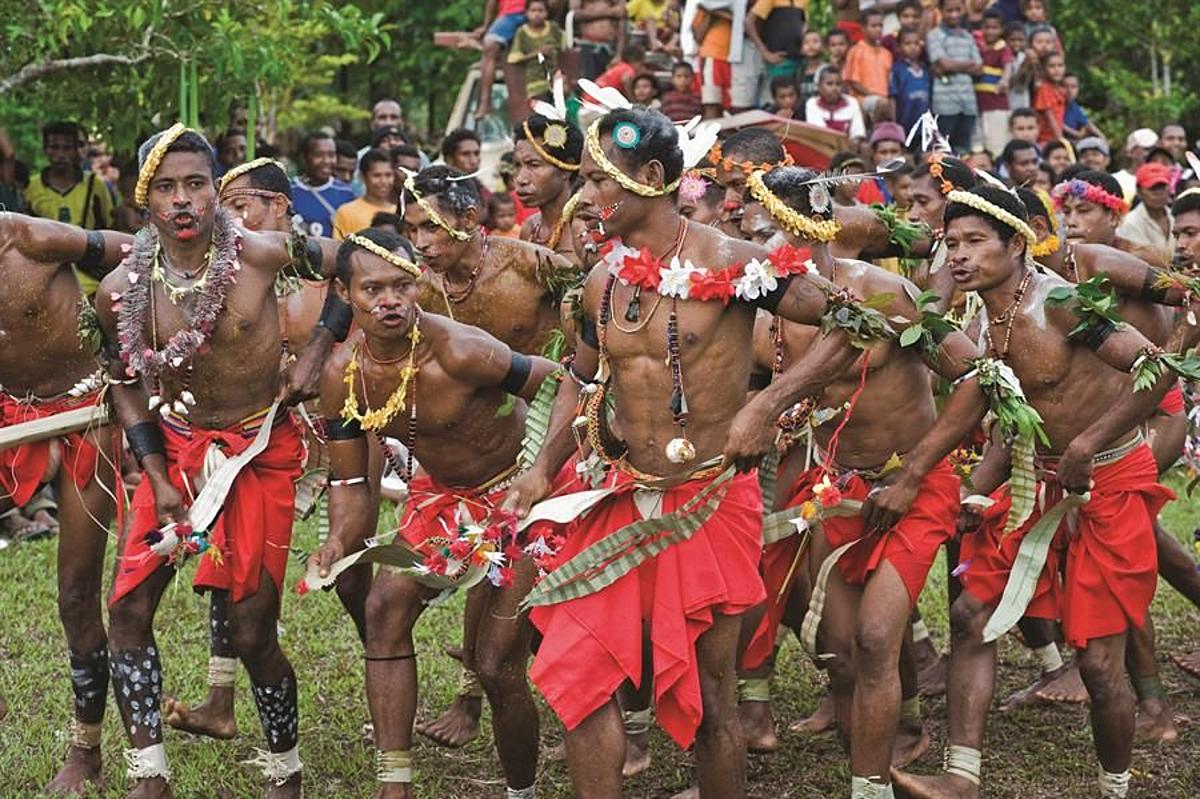 Tourism Not Measured in Statistics

Unlike other economic sectors such as fisheries, agriculture, and mining, the tourism industry in Papua New Guinea has not been explicitly measured in the economic statistics for its contribution to the gross domestic product (GDP).Thus, said PNG Tourism Promotion Authority (PNGTPA) chief executive officer Eric Mossman Uvovo. He added that even if the tourism industry in the country is small, tourism would definitely play a huge role in the growth of the economy. “Therefore, the development of satellite accounts is vital for PNG, so that reliable data on the impact of tourism on the economy and employment can be measured effectively going forward,” he said.An approved way of measuring the direct contribution of tourism consumption to the economy, tourism satellite accounts is the standard United Nations. The TPA, a member of the United Nations World Tourism Organisation, will lead the technical working group to implement this project next year. The satellite account will meet monthly to monitor and coordinate the progress and provide support while the NSO has the role of producing satellite accounts in the country. 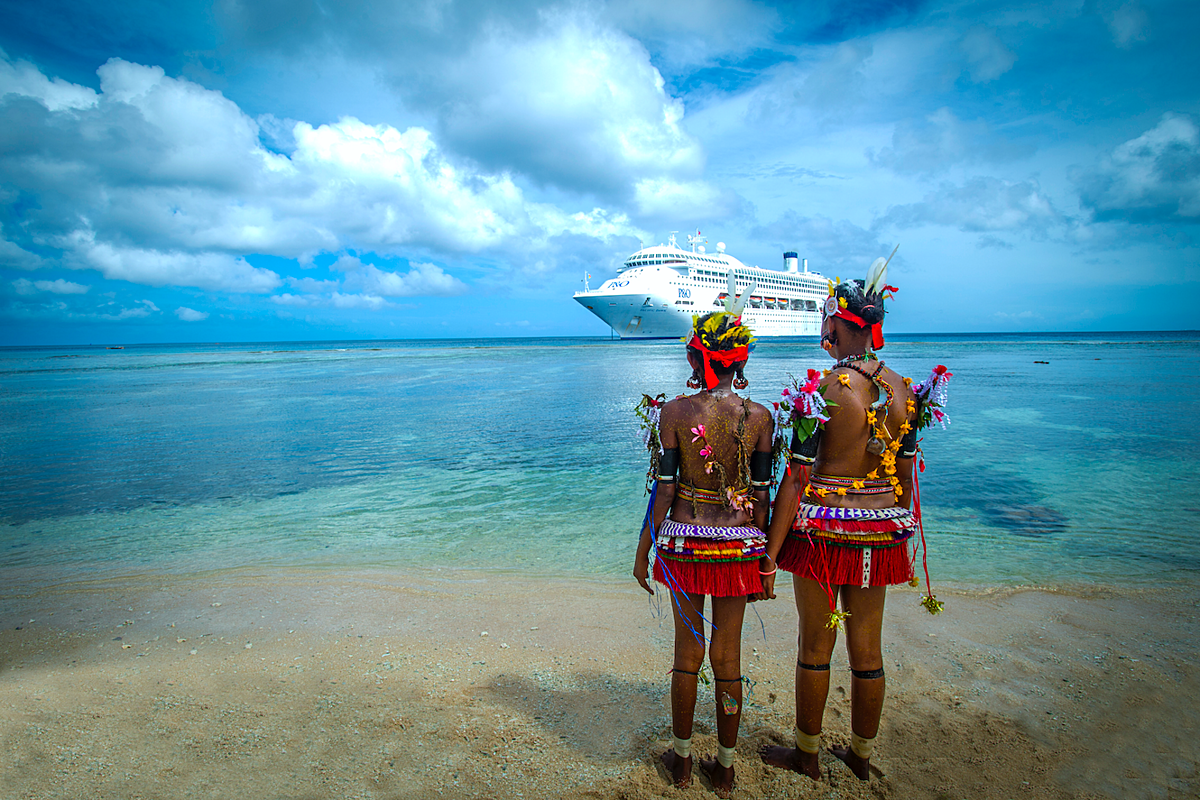 The pandemic has caused big losses, including the revenue loss of around K70 million due to the closure of international borders. According to the Tourism, Arts, and Culture Minister Walter Schnaubelt, the tourism industry has been affected in a huge way. He added that the government had been putting capital into small-and-medium enterprises (SME) to weather these losses. “About K69.91 million (was the loss recorded by) 43 of the 60 major tourism business operations in PNG,” he said. “Tourism is the fastest-growing sector in terms of generating revenue, providing employment.”The pandemic caused the cancellation of 90.7 per cent of tourist bookings and 1,000 people that lost jobs. “The international business arrivals in the first nine months of 2020 dropped by 71 per cent,” he said. “This is about 8,500 international arrivals to the country this year compared to over 120,000 we saw in the same period in 2019. Arrivals from our major source markets around the world have seen double-digit drops in the same period. We relied heavily on international visitor arrivals to bring in much-needed foreign currency to boost our economy.”To promote tourism in the country, Schnaubelt said that the focus would now be domestic first. “PNG TPA has increase promotion and awareness programme to educate Papuan New Guineans to appreciate the beauty and diversity of our country to promote local tourism,” he said.

Mossman Plans To Work on Legislative and Policy Reforms

To address issues in the industry, new chief executive officer of the PNG Tourism Promotion Authority Eric Mossman plans to work on policy and legislative reforms. He added that the TPA Act 1993 needs to be reviewed.“A lot has changed in the tourism sector and we have to review the act to ensure that we are compatible with the changes and to accommodate a lot of issues that have never been addressed in the old legislation,” he said. “So that is one of the key areas that I will look into.”Mossman also noted the challenges that come with COVID-19 and was ready to address them with the support of his staff and the Tourism, Arts and Culture Minister Walter Schnaubelt.“We are in a time when we have been challenged around the globe especially in the tourism industry,” he said. “(The) Covid-19 has posed a significant challenge to global tourism and the task ahead is not easy. But with the support of the minister and staff, we can move ahead.”Mossman expressed his gratitude to his predecessor Jerry Agus for his contribution. 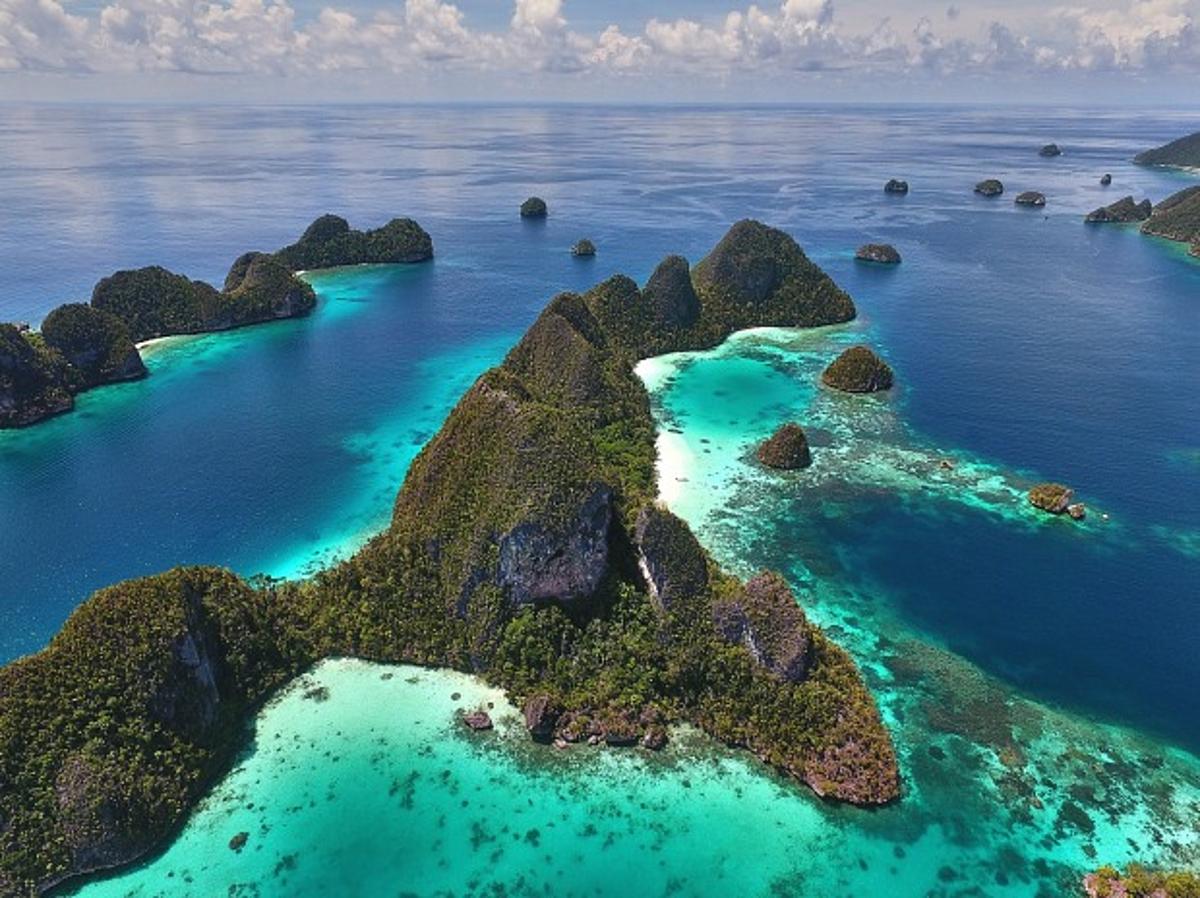 Good News for the Tourism Industry

The tourism industry of PNG is looking up. According to Treasurer Ian Ling-Stuckey, the government has pointed out stimulus funds to help the tourism industry. He didn’t say the amount but added that the budget for tourism was overlooked. In a statement during the handover ceremony of the tourism ministry to incoming Walter Schnaubelt from outgoing Emil Tammur, he said, “Tourism is a serious economic portfolio, unfortunately, it doesn’t seem to be always represented when putting together a budget.”Ling-Stuckey added that the tourism industry had really been hit hard and that they need all the support to get back up. Meanwhile, Chairman of the Parliamentary Committee on Tourism Kennedy Wenge said tourism was about taking care of the ownership of all resources. He added that aside from tourism, the government also zeroes in on agriculture. “Agriculture is based on export and import while tourism is a ‘hand purse’ industry meaning tourists bring money in and it remains in the country,” he said. 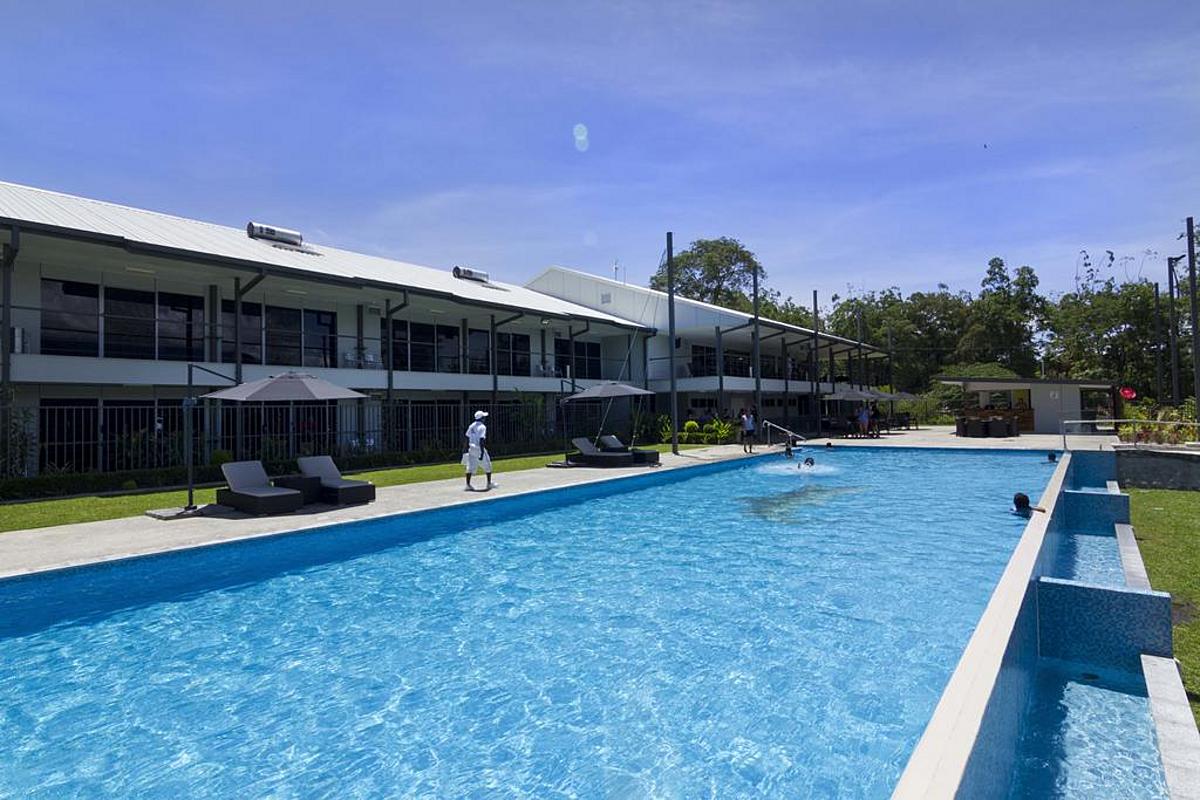 Like many industries around the world, the tourism and hospitality sector in PNG are struggling to survive and recover, Lae Chamber of Commerce president John Byrne said, who hails from Lae.According to Mr Byne, businesses in the Lae area have developed procedures to keep themselves afloat - with at the most 40 to 60 per cent capacity. While some have reduced their staff, others have chosen to do rotational shifts to give everyone a chance to continue working. In a statement, he said, “Hospitality in Lae serves both international and domestic with local customers and a lessening of movement of people, less disposable income means less hospitality and job losses. Many businesses are choosing to split-shift or rotate staff rather than create job losses and that is commendable.”Mr Byrne added that prior to COVID-19, businesses in the Lae area have not been quite successful, and they are doing measures to revive the industry. One such process is for several tourism operators to work closely with domestic and local clients, and look for more ways to grow and adapt. “On a larger scale there are some exciting projects coming up for tourism which will cement Lae and Morobe as a place to visit,” Mr Byrne said in a statement. “Disappointingly but not unexpectedly the world-class Morobe Show which attracts more international visitors annually had to be cancelled including many of our provincial cultural shows and this also has an impact on tourism and local revenue.”Mr Byrne also added that small cafes in the area are leading the way towards safety measures: handwashing, wearing of face masks and disinfecting.Meanwhile aside from the hotel and tourism industry, bars, clubs, and gambling houses have also been damaged by COVID-19 and some organizations such as the LCCI through the Morobe Provincial Emergency Operations Committee are finding ways to help them.