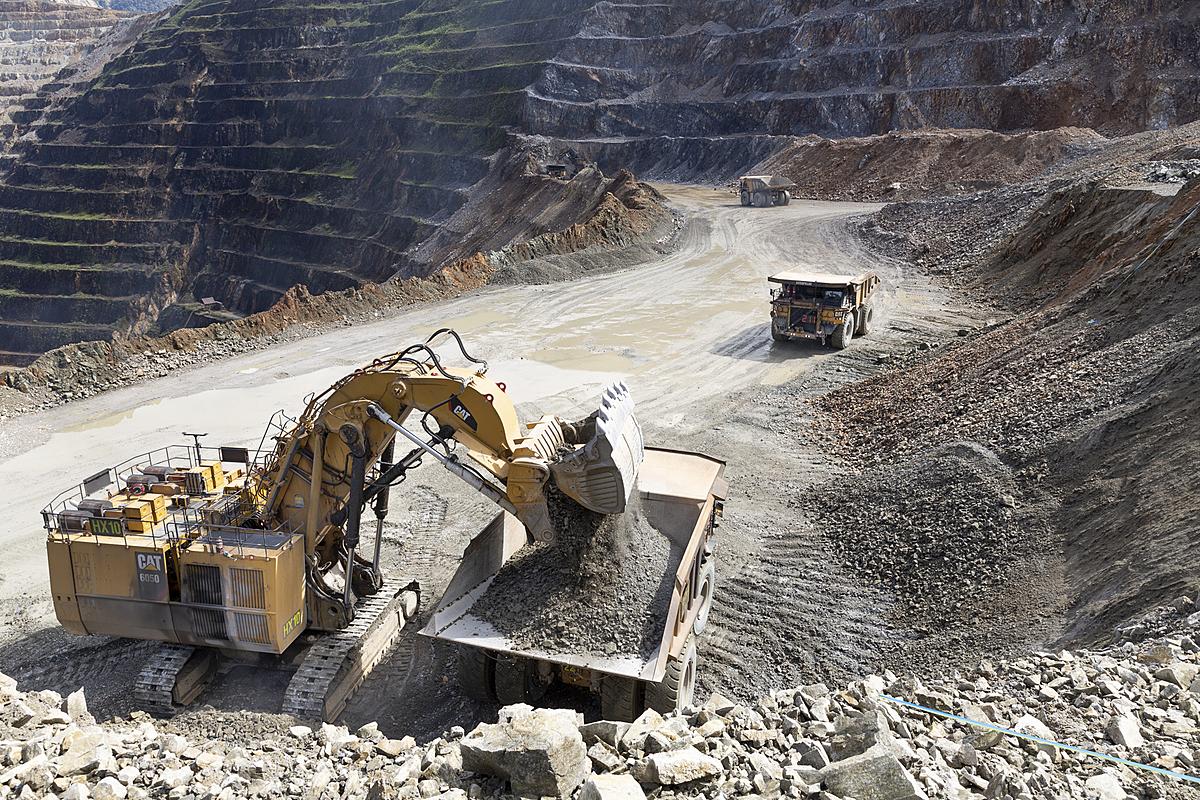 COVID-19 has forced Ok Tedi Mining Limited (OTML) to pause operations in order to protect its employees, communities, and operations.

Due to a recent increase in COVID-19 cases at the mine site and in Papua New Guinea, OTML will temporarily pause operations on Friday, March 19th for 14 days to prevent further virus transmission within its operations.

This suspension, according to OTML, coincides with the PNG government's National Isolation Strategy, which will go into effect on Monday, March 22nd. The success of the control steps, as well as when the virus has been contained, will decide when regular operations will resume.

The decision to halt operations reflects OTML's commitment to take all reasonable steps to ensure the protection, health, and well-being of its staff, families, contractors, and host communities, as well as to allow a stable, cost-effective, and timely resumption of operations for the benefit of all stakeholders.

During the suspension, the organization will take steps such as repatriating non-essential workers to their home provinces and introducing a mass testing program for its staff.

Any staff may be forced to work regular hours during the suspension of operations in order to maintain essential services or for treatment and maintenance. The suspension is expected to result in a revenue loss of about PGK210 million, which will have a direct effect on foreign currency inflows into PNG.

Meanwhile, the Company is weighing its options in light of the Australian government's decision to temporarily halt the fly-in and fly-out of mineworkers based in Australia.

It said, “We do not anticipate significant disruption to our operations as a result of the Australian  Government’s announcement, however, we are looking at alternative ways to repatriate  several of our expatriate employees during the suspension of operations.”

After COVID-19 cases were discovered in Queensland from international travellers in hotel quarantine, the company declared that it was suspending international charter flights into Australia. OTML hires over 1,800 people directly, with less than 4% of them being expatriates.

OTML also confirmed that it would collaborate with the PNG government to help with vaccine procurement and distribution for OTML employees. 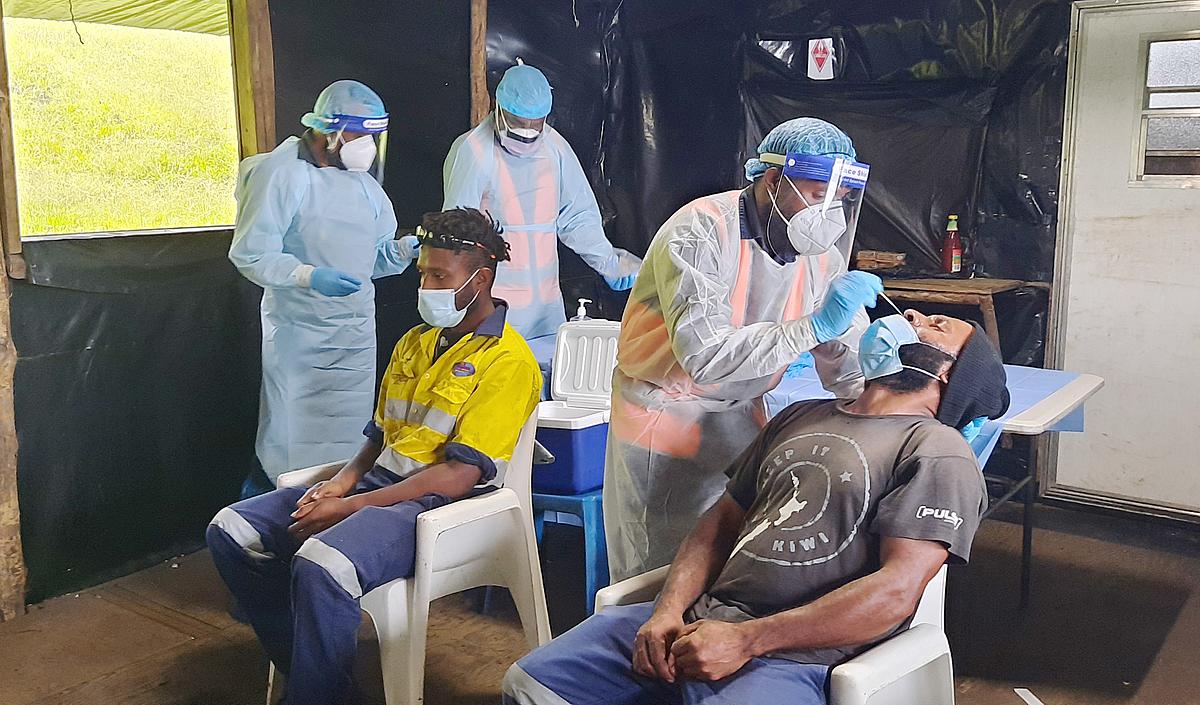 Ok Tedi Mining Limited (OTML) has begun introducing a Mass Testing Program within its activities in order to avoid further COVID-19 transmission and ensure a secure return to operations. Following a spike in COVID-19 cases on the mine site and in Papua New Guinea, the company began introducing the program on Friday, March 19th, for a period of 14 days. OTML has successfully implemented the research initiative, collecting over 4,000 test samples from its staff, contractors, corporate associates, and families so far. These samples are being sent to Australia for processing, and the National Control Centre in Port Moresby is receiving daily reports. People who achieve a positive outcome are cared for and supported in the isolation and quarantine process, according to OTML's contact tracing and isolation protocols. The mass testing program, according to OTML Health Manager Dr. Charlie Turharus, has aided his medical staff, which consists of physicians and health care practitioners from the OTML-funded Tabubil Hospital, in quickly testing and isolating COVID-19 cases. “Fortunately, almost all the cases we have recorded are asymptomatic or only showing mild to moderate symptoms,” he said.  OTML's Mass Testing scheme has included almost all of the mine's work areas, including Kiunga and Bige, where the company's wharf and dredging operations are located. Personnel in Port Moresby and its geographic discovery sites were also put to the test. “Our priority is the safety, health and wellbeing of all our personnel, and we will ensure that this mass testing program is implemented successfully so that we contain the spread of the virus and resume safe productions,” Dr Turharus said.  The testing schedule is on target to prepare for the resumption of operations after the closure time is completed.

Ok Tedi Mining Ltd (OTML) has added 40 new interns to its internship programs for 2021. Sixteen of the intakes will be part of the Graduate Development Scheme for two years, while the other 24 will be trade graduates who will complete a four-year apprenticeship program. OTML Managing Director and CEO, Musje Werror said, “Ok Tedi’s training programs are second to none and aimed at developing trainees to reach their full potential in their professional career paths and personal development.” Despite the fact that the recruitment drive was postponed due to the outbreak of the pandemic, he said that all trainees are on site and ready to join the Ok Tedi family. “The Training Centre is fully equipped to deliver high-quality training programs for both apprentices, graduates and employees which we have been doing for the past 32 years,” Werror said. One of the three main elements of OTML's commitment to developing a high-performing cohesive team is developing staff skills. He urged the newcomers to take advantage of the chance to start a new career and personal life. Werror said, “In life, you will be given opportunities, but how you approach these opportunities will determine where you end up.” Werror joined Ok Tedi as a fresh graduate from the University of Papua New Guinea thirty years ago, and today, as the managing director of the business, he is welcoming the new graduate trainees into OTML. Referring to Mr Werror’s story with OTML, Dauba Dauba, a graduate geologist from the University of Papua New Guinea said, “This in itself is an inspirational story for us.” At the programs' inception, 561 graduates and 1,194 tradesmen and women have graduated from their respective programs. Ok Tedi also provides the Preferred Area Development Training which is tailored for the locals in the Mine Preferred Areas. Manager, Organisational Development and Training, James Munro said, “We look forward to training another great batch of graduates and I encourage each and every one of you to work hard to succeed in this program.” 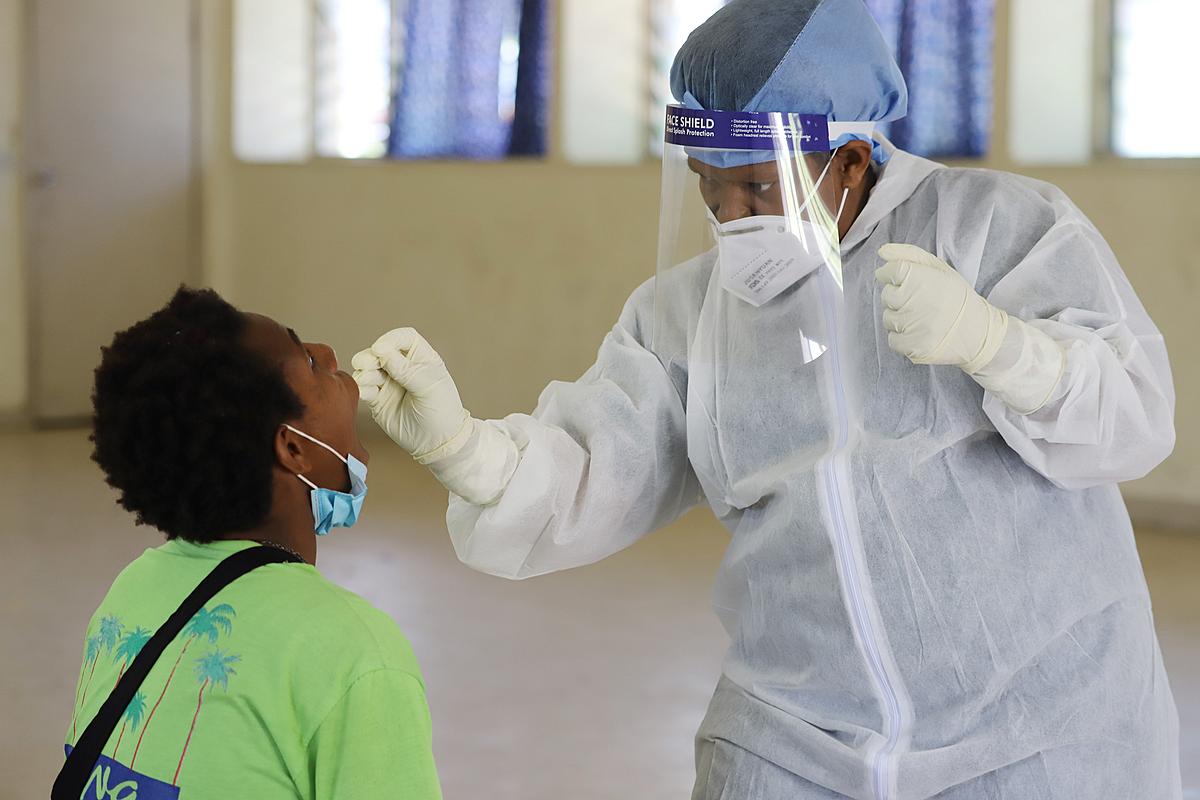 Ok Tedi Mining Limited (OTML) has pledged PGK20 million to assist Papua New Guinea in combating the country's rising COVID-19 cases. Acting Managing Director and Chief Executive Officer Kedi Ilimbit, OTML General Manager Community and Operations Support, made the statement in March 2021, adding that OTML's dedication reflects the company's sincerity in tackling PNG's worsening COVID-19 situation. Ilimbit said PGK10 million will go to the Port Moresby General Hospital and other government departments as decided by the National Government, while the remaining PGK10 million will go toward vaccine procurement, delivery, and roll-out in the Western Province, with preference provided to OTML employees, contractors, and people. “We will be working closely with the Sustainable Development Program (SDP) and the Western Province Health Authority to implement the COVID-19 vaccine roll-out plan in the Western Province,” Ilimbit said. “Ok Tedi is fully committed to take the lead and join forces with the Government, and other relevant agencies to address this pandemic that is affecting all of us. Our commitment demonstrates the same duty of care we have for our employees, to be extended to other Papua New Guineans, including our people of Western Province.”