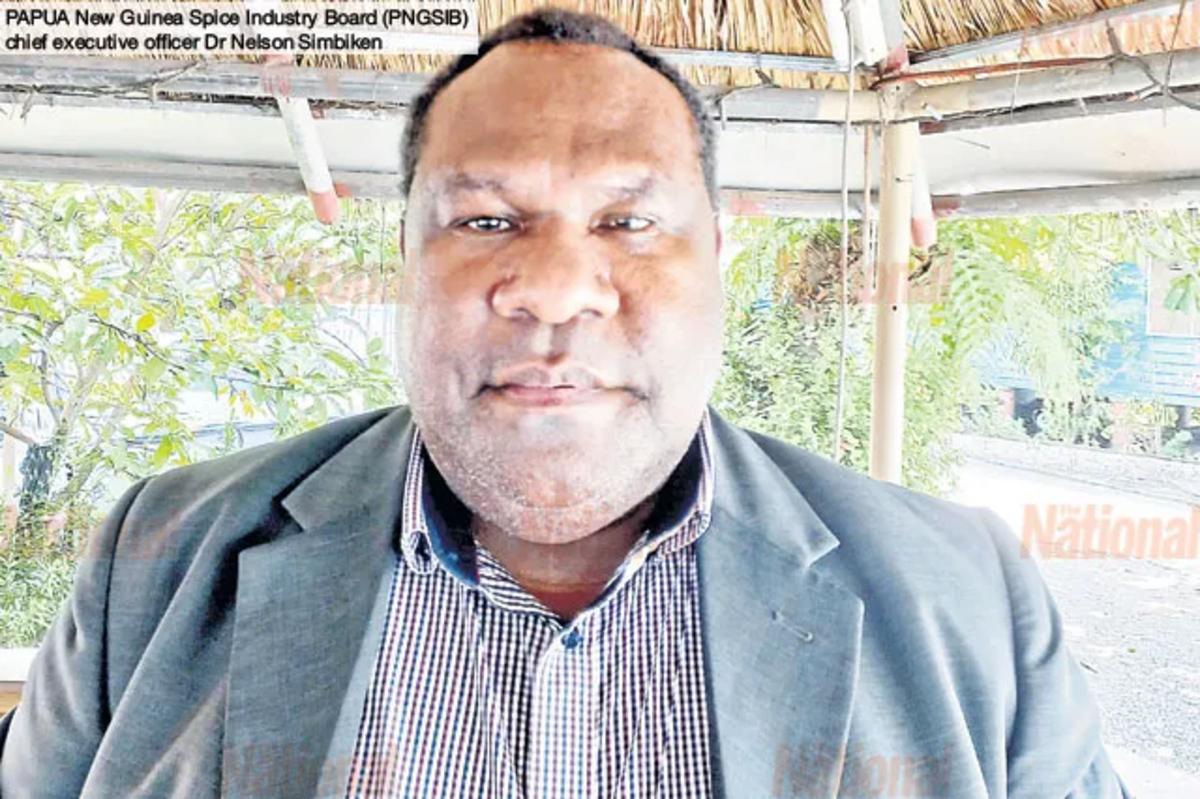 Dr Nelson Simbiken, the chief executive officer of the Papua New Guinea Spice Business Board (PNGSIB), believes there is an opportunity for corruption in the industry and calls for a revision of the PNG Spice Industry Act of 1989.

He added that the board's goal would be to examine the Act and establish authority over the following two years.

“The spice industry board currently has to become an authority, so it can generate money for the government. Instead of depending on the government, we can look after ourselves,” he said.

“We live or die by the review of the establishment of the Act itself, it must be reviewed.”

He made the remarks after two PNGSIB personnel and a Department of Agriculture and Livestock (DAL) staff were recently arrested in Port Moresby for alleged fraud.

The spice industry board had been in operation since 1989, but owing to a shortage of funds in the early 2000s, it was placed under DAL to secure its continued operation, according to Simbiken.

“Whatever little money DAL gets, it supports the spice industry board as a programme because we’re not getting sufficient support from the government in terms of goods and services, personnel emoluments and others.”

DAL has been supporting the initiative at the national level since 2003, according to Simbiken.

He stated that all funds received by the statutory body were transferred to the department and subsequently to the company operating account.

“Although we have an Act, it is an outdated one, and market trends have changed,” he said.

“Since 2018, PNG has been exporting 400 metric tonnes of vanilla annually and it is bringing in over K300 million each year,” Simbiken said.

“It is comparable to cocoa, coffee and copra, so vanilla is a major industry in the country now.”

Except for Enga, Hela, and the Southern Highlands, he noted that all country provinces were cultivating vanilla.