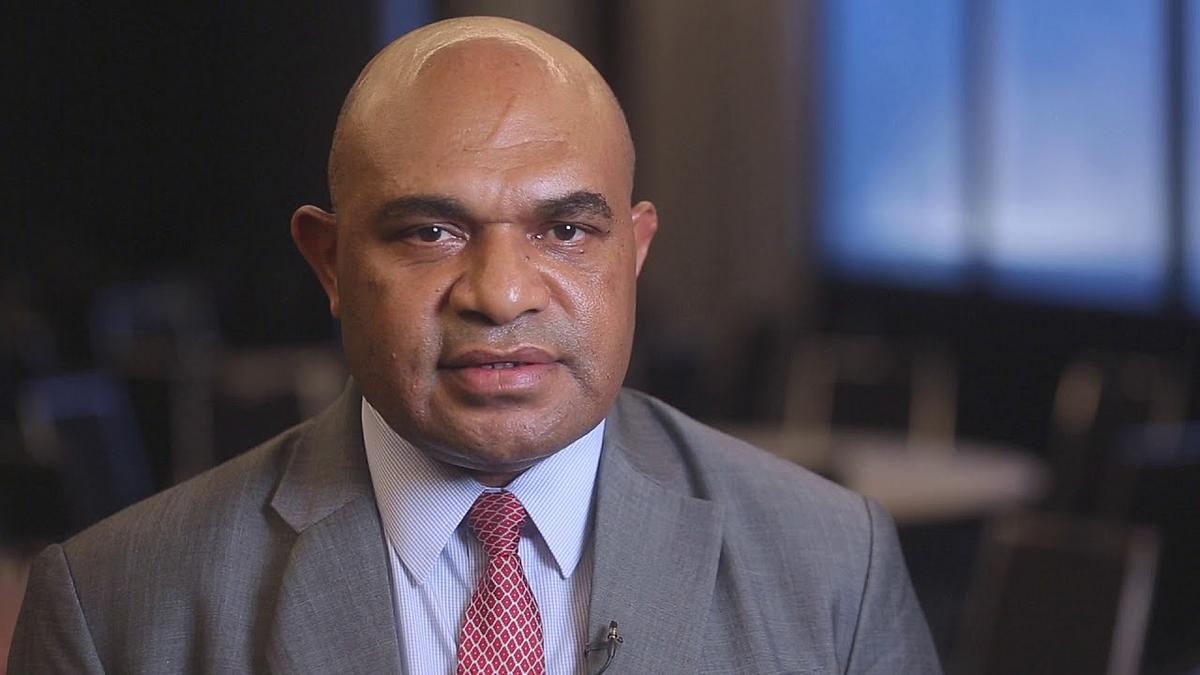 According to managing director Wapu Sonk, Kumul Petroleum Holdings Ltd (KPHL) will seek funding from abroad to build gas fields in the Kimu, Barikewa, and Uramu in Kikori, Gulf.

He stated that funding would be determined by the form of construction chosen by the group.

Sonk was answering questions two weeks after KPHL received the petroleum retention licenses (PRL) 48, 49, and 50, which included the gas fields of Kimu, Barikewa, and Uramu.

“As a good business practice, KPHL will look to invite potential investment partners into the licences to share the risk and then develop the fields together,” he said.

“Again, the economics of the type of development option drives who join as partners to KPHL.

“There are no other State-owned enterprises (SOEs) in oil and gas business except Kumul Petroleum so we will source funding from overseas mostly from different sources depending on size and type of development.

“The potential partners that join KPHL will also bring the capital, which is a pre-requisite to the partnership for development.”

Those licenses, previously 8, 9, and 10, were owned by Oil Search Ltd, Santos, and other operators, according to Sonk during the handover of the license earlier this month.

“They held the licences for 15 years which is the maximum amount of time you can hold on to a licence under the ‘retention licence’ provisions in the Oil and Gas Act,” he said.

“Once it expired, the licence goes back to the Department of Petroleum.

“The department put out a Gazette notice which is like advertising that the licences had become available, that’s when other interested parties apply.

KPHL was among those who asked for the licenses before they expired, according to Petroleum Minister Kerenga Kua.

He explained that the petroleum advisory board made suggestions to the government, which approved and signed off on the licenses to KPHL after thorough deliberation and consideration.

The three fields are expected to have a 2C reserve of slightly more than 2TCF (trillion cubic feet) of gas and 50-60 million barrels of condensate. 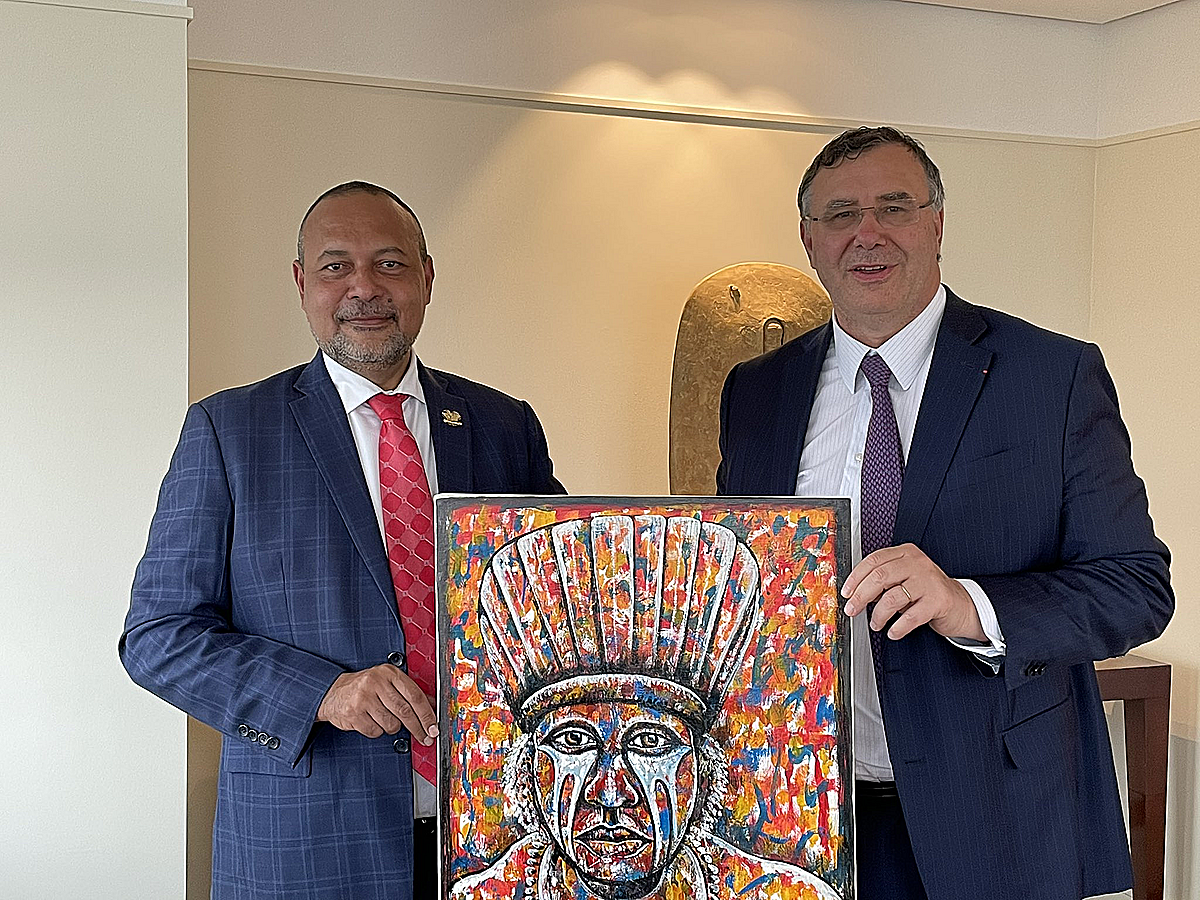 Kumul Petroleum Holdings Limited (KPHL) has secured a contract for an additional 7 per cent free carried equity in a historic deal with TOTAL SE. Papua New Guinea's national oil and gas corporation, reported an increase in its aggregate equity in potential joint exploration ventures with Total SE following talks in Paris last week to remobilize the Papua LNG Project. Wapu Sonk, KPHL's Managing Director, was delighted to confirm a promising agreement with TOTAL SE for an extra free carried 7% equity in any potential joint exploration ventures, on top of KPHL's 22.5 per cent back-in rights. This ultimately raises the company's total equity to almost 30%. Prospects such as the Deep and Ultra Deep Offshore Exploration Blocks in the newly awarded PPL 576 and PPL 589 Licenses, as well as future joint exploration ventures, will be affected by this agreement. Kumul Petroleum will be able to engage as a JV partner and gain access to vital technical details without having to vote on financial matters, thanks to the 7% free carried equity. The increase was discussed and agreed upon during the latest Papua LNG Remobilization discussions in Paris on May 3, 2021, between the PNG Government Delegation led by Deputy Prime Minister Sam Basil and the TOTAL SE Delegation led by Patrick Pouyanne, Executive Chairman and CEO. Pouyanne praised the efforts of the Marape-led government to increase local involvement in their region. TOTAL SE and the PNG Authorities decided to collaborate to build substantial in-country value and execute the Papua LNG Project in an outstanding manner as part of Total's strategic endeavour to continue cementing relationships with national stakeholders. TOTAL and its joint venture (JV) partners describe the project as a much-needed and timely US$13 billion (PGK 48 billion) capital expenditure (CAPEX) project that will turbo-charge and fuel the PNG economy during this covid-19 pandemic-induced economic recession and add much more in the future. Kumul Petroleum is looking forward to the secondment of its technical personnel to the pre-FEED, FEED, and Detailed Engineering Design phases of the plant, according to Sonk, as part of the increased collaboration between the two organizations. Kumul Petroleum also expects to resume joint marketing activities for LNG entitlements from the Papua LNG Project, and intends to complete effective Sales and Purchasing Agreements (SPAs) in the LNG Industry, he said. By the end of the third quarter of 2022, the parties hope to have completed these SPAs. Another significant benefit of this collaboration with TOTAL, according to Kumul Petroleum, is that the company will be able to exploit their respective strengths for their joint-equity funding option. “We recognise the financial stress and challenges induced by the COVID-19 pandemic and other intervening circumstances in the major markets and will endeavour to leverage our combined synergies to attract major global financial institutions to finance our equity shares. “On this occasion, Kumul Petroleum acknowledges the visionary leadership and foresight of both Delegations, led by the Deputy Prime Minister of Papua New Guinea and Executive Chairman &amp; CEO of Total SE respectively, in pushing the boundaries beyond the current Oil &amp; Gas Act provisions, and securing the PNG government's wishes for greater national participation in resource development projects,” Sonk said. TOTAL's determination and revised contribution to speeding up the Papua LNG remobilization works is also acknowledged by Kumul Petroleum, with the aim of committing the remainder of 2021 to Pre-Front End Engineering Design (Pre-FEED) work and launching FEED in early 2022 in preparation for a Final Investment Decision (FID) in 2023.