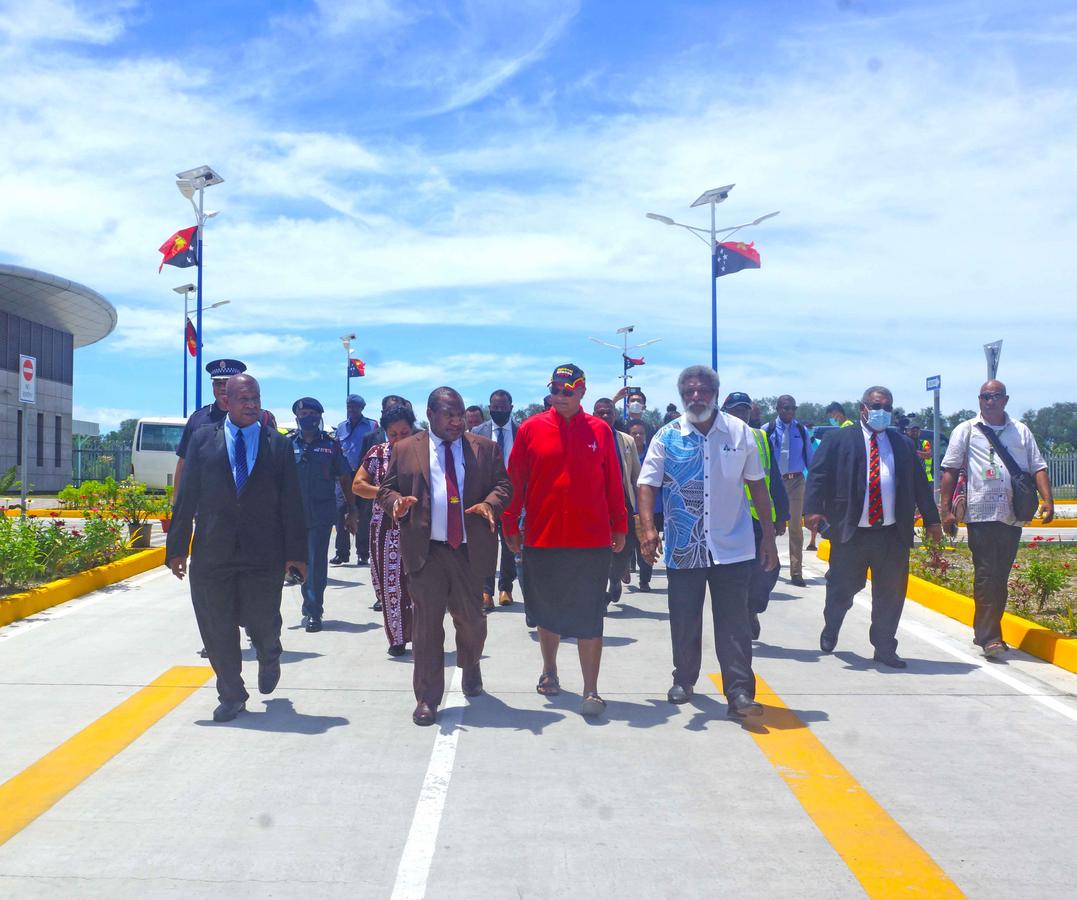 According to James Marape, his government has boosted expenditures on vital infrastructure across the country.

He said this in Lorengau, Manus, on Monday (April 25 2022) when opening the K101.9 million Momote International Airport and launching the Manus Special Economic Zone (SEZ).

“In three hard and tough economic years, we have pushed our investments to key infrastructure in all provinces of our country, unlike the recent past government where only one or two places were getting lop-sided development at the expense of rest of Papua New Guinea,” PM Marape said.

“We have embarked on new seaports like N’Drauke, Vanimo and Manus, to name a few, and rehabilitation of existing economic ports like Kavieng, Lorengau, Oro, Kimbe, Rabaul, Madang, Lae and Port Moresby.

“We have embarked on K20 billion worth of road infrastructure over the next 20 years to connect PNG by reliable roads overlaid with electricity and Internet.

“Highways like Momote to West Coast Manus, Alotau to Port Moresby, Port Moresby to Kerema /Ihu, Lae to Port Moresby, Kimbe to Kokopo, Buka to Buin, Wewak to Vanimo, Madang to Wewak, Wabag to Sepik, Southern Highlands/Hela to Kikori Gulf, Lae to Finschafen/Kabwum, Kundiawa to Karamui, Tabubil to Telefomin, Hagen to Madang and Kundiawa -Bundi/Madang are being constructed.

“We also have over 100 small district and provincial roads we are funding for first-stage construction like Tari to Kopiago, Komo to Bosavi, Banz to Jimi, Namatanai to South New Ireland and Kokopo to Pomio.

“These are examples of connecting the forgotten people of our country into one nation, one people, one country.

“One country united by the economy, enabling infrastructure, and Papua New Guinea united – Pangu for short – where no one part of the country like Manus is left behind.”

PM Marape said he was in Manus to launch the new airport and guide Manus in the right way in the future for a prosperous and unified PNG based on Christian and Melanesian values.

“Now that we have taken PNG back from hands and minds of corruption, misuse of people’s resources and uneven distribution of wealth, we all must now work to construct a better Manus and PNG for our children to live in,” he said.

“For Manus, this airport terminal must not be a waste but an asset for the country; this investment must repay the K101.9 million the government invested in it and generate more commerce and economic activity going forward.

“Manus is a strategic province – you are connected to Asia and the Pacific by air and sea.”

“Manus will be a special region where there will be no tax for companies operating here,” he said.

“Lorengau International Airport will also receive international flights – a catalyst that will ensure that this special province grows into the place it rightfully deserves.”