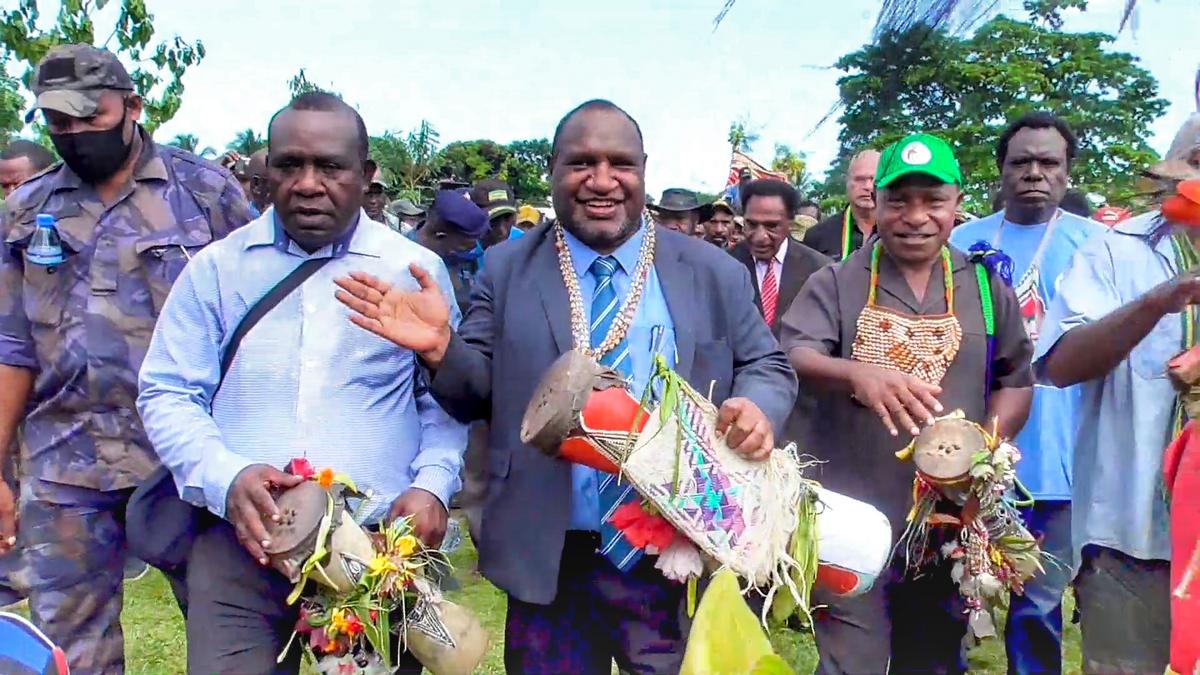 Remote sections of the nation, such as Morobe's Siassi islands, are no longer neglected, according to James Marape.

He advised the Siassi islanders to invest more in agriculture and fishing and develop their own timber resources rather than allowing foreign firms to exploit them.

A Telikom tower, which provides islanders with Internet and mobile phone access for the first time, three police homes and a police lock-up, and Siassi sub-district administration were among the projects unveiled by the Prime Minister. The tower, in particular, is a significant milestone for Siassi, as there was previously just one location at Lablab from which islanders could make phone calls and access the Internet.

PM Marape stated Siassi was progressing due to Dr Bomareo's hard work and dedication since his election in 2017.

“Siassi, and the whole country, was travelling along the wrong road until 2019 when we changed government.

“Your MP, Dr Bomareo, was instrumental in this change of government which has led to the many developments you are seeing now.

“Today, after three years, we are steering the canoe in the right direction, which our founding fathers foresaw in 1975 for equal development all over the country.

“Resources must be equally distributed all over the country and not only to one area like Port Moresby.

“Remote areas of the country like Siassi have been forgotten for far too long.”

“I want the people of Siassi to have hope for a better tomorrow.”

PM Marape stated that he would return to Siassi with a group for a weekend in the near future. 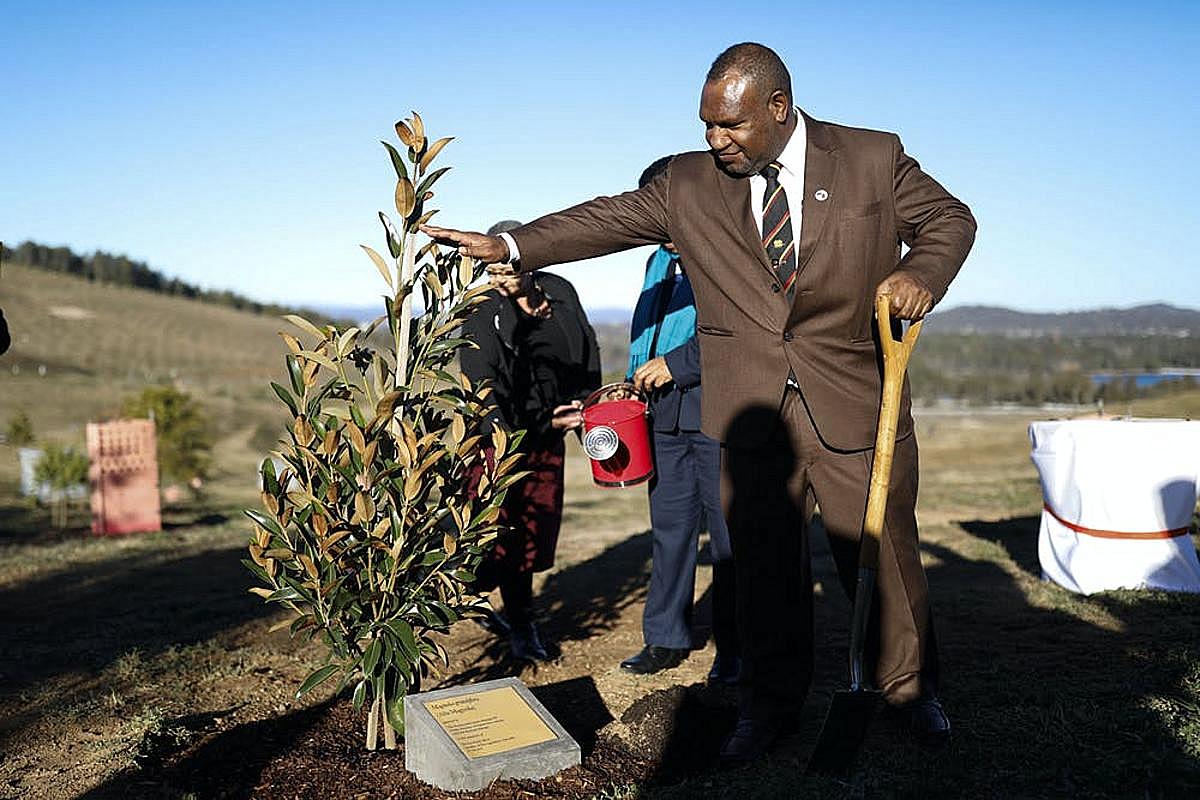 Prime Minister Hon. James Marape has pointed Papua New Guinea small to medium enterprises (SMEs) to agriculture as a space that they can move into. He said this when addressing the 3rd SME Business Breakfast at APEC Haus in Port Moresby on Friday (June 5th 2021) which also marked the end of SME Week. PM Marape said agriculture could supply domestic needs as well as export to other countries. He said PNG was the closest Pacific country to Asia, including Indonesia right next door, which had a population of 260 million. PM Marape said the majority of Indonesians were Muslims who ate beef. “I wonder why the grasslands of Sepik and Fly are doing nothing,” he said. “Those are places where we can raise beef (cattle) and supply to the 260 million Muslims next door.” PM Marape said the next 100 years would be the “Asian century” as the increasing population there needed more food, water and energy. He said PNG could follow the track of New Zealand in becoming a specialist food producer to supply the population of Asia. PM Marape pointed out the case of Fiji water, which was now sold around the world, and added PNG could do similar through organic food. “Organic food supply to niche markets in Asia can be a forte, can be a specialist area, going into the future,” he said.  “Government will look at those concepts and work with the SME Corporation, for those who want to be innovative in the space of SMEs, whether in export-based businesses or domestic supply.” 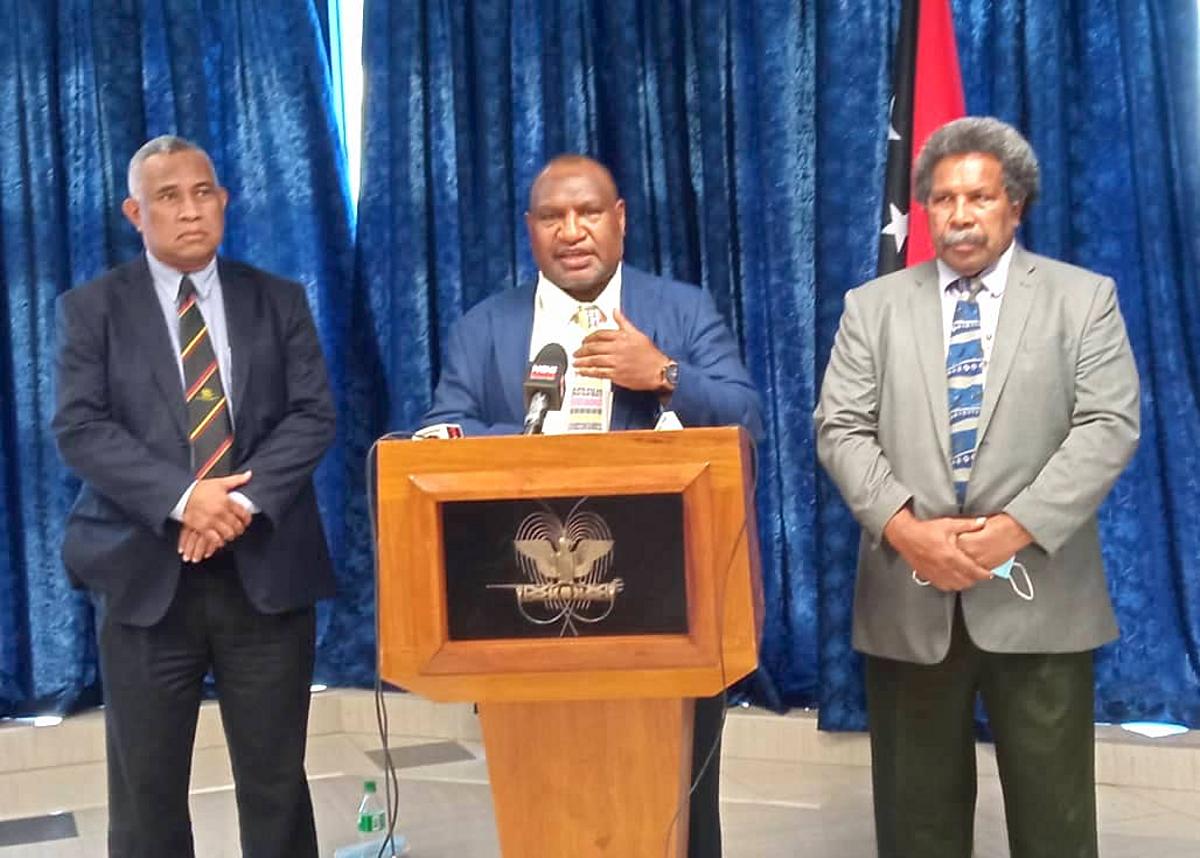 As part of their involvement in the battle against COVID-19, Prime Minister Hon. James Marape, MP has called on Japan, Australia, and New Zealand to open up an economic bubble with Pacific Island countries. During the 9th Pacific Alliance Leaders Meeting (PALM), which was held online, the Prime Minister made this request. COVID-19, he added, was not just a health issue but also an economic issue in the Pacific Islands at this point. “In Papua New Guinea we recognize that COVID-19 has had a strong negative impact on our economy,” Prime Minister Marape said. “Speaking on behalf of my 14 other sister nations in the Pacific, especially those who are dependent on tourism or external trade, dependent on fisheries, agriculture and the export of our raw resources, who are totally exposed to the ravages and the damage COVID-19 is causing to our local economies, so we need international trading and commerce for our economies to function. “Papua New Guinea, having recognized the need for our economy to be functional, has elevated our COVID-19 response by way of the passing of a specific Act of Parliament called the National Pandemic Act that defines how we live, work, operate and trade. “We have not closed our borders and we are still open for business to ensure our 10 million people survive COVID-19. “At this juncture, let me thank Japan for your continued interventions and interest in our small Pacific Island nations. They are totally vulnerable and exposed to the contraction of the global economy and the close of international borders. “Therefore I ask for your continued presence in helping us, not just in the area of health but more importantly, on how we can ensure trade and economy remains functional and relevant.” Prime Minister Marape has urged Japan, Australia, and New Zealand to assist Pacific Island nations in keeping their economies afloat by functioning in a special trade and economic bubble that will allow our economy to weather the storm. The Prime Minister also praised Japan's Prime Minister, Hon Yoshihide Suga, for his assistance to the area, as well as Australia, and New Zealand.   Reference: Department of Prime Minister and National Executive Council (2 July 2021). “PM Marape calls on Japan, Australia and New Zealand to open ‘Economic Bubble’ with P

Small and medium businesses (SMEs) have a significant role in economic growth, according to Prime Minister Hon. James Marape. When addressing the 3rd SME Business Breakfast on Friday (June 25, 2021) to commemorate the end of SME Week, he also praised local SMEs for hosting PNG SME Week at APEC Haus in Port Moresby from June 21 to 25. “Thank you (SMEs) for what you have been doing this week,” PM Marape said. “Many nations globally are built on SMEs.” He used the example of neighbouring Indonesia, which has over 50 million SMEs, which he described as the economy's "engine room." PM Marape also mentioned New Zealand, which he visited last year and described as a country around the same size as PNG but with an economy based on SMEs. “New Zealand is a country almost the same land size as ours,” he said. “Their economy is really dependent on SMEs that are based around agriculture, tourism and cottage industries. “This is a place that we could source inspiration from. “Based on those small-scale, SME-based industries, they have a US$200 billion economy that keeps them running.” PM Marape stated that New Zealand's economy is built on agriculture, cattle, dairy, and marine resources, rather than large-scale mining, oil, and gas operations. “I believe in the propensity of our country to expand to an economy that is beyond US$200 million sizes, if not in the next 10 years, easily in the next 20 years we could get there,” he said. “That is simply because of the resource density we have in our country.” “When the going gets tough, the tough get going,” PM Marape remarked as the country went through difficult times. “Those who will be in the mainstream are those who want to capture opportunities that are available for them,” he said. “I speak to our local SMEs: There are opportunities available.” PM Marape stated that individuals working in the SME sector should know that “our Government is pro-business, pro-SME”. “We want to help Papua New Guineans and those that are resident in Papua New Guinea to get going in business,” he said. “We embrace businesses of all types because we are cognizant of the fact that success of business allows the economy of a country to be strong.”   Reference: The Department of Prime Minister and National Executive Council (26 June 2021). “PM Marape highlights important role of SMEs”.