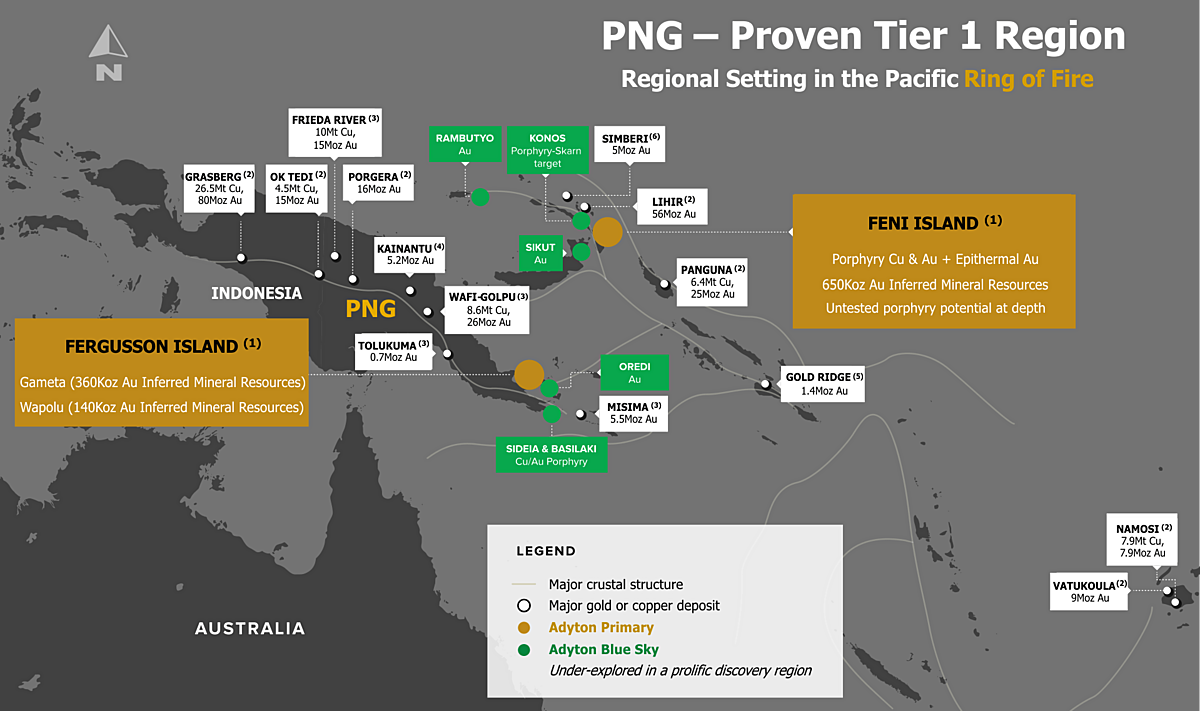 Adyton Resources Corporation has started a 3,000-meter diamond drilling program at its Gameta Gold Project on Fergusson Island, which is part of Papua New Guinea's "Rim of Fire."

The first drill hole has been finished after two drill rigs were mobilized to the site. By the end of May, the first assay results should be available. The program will supplement the 14,361 meters of past reverse circulation (RC) and diamond drilling at Gameta.

In May, the company will continue drilling on its 100% owned Feni Gold Project, which has a 650,000 oz Au inferred mineral resource and is located in a Tier 1 area along a mineral belt that includes the world-class Simberi, Lihir, and Panguna gold and copper projects.

Frank Terranova, Chairman, President, and Chief Executive Officer of Adyton said, “The company is pleased to be off to such a fast start after only listing in late February 2021. Having spent significant time and effort over the past several months creating a portfolio of highly prospective copper and gold exploration projects, the Adyton team is excited to be drilling and working to create shareholder value. The drill rigs are turning, and news flow is imminent. The company is very well positioned with more than $9 million in cash reserves, over 1,000,000 oz of mineral resources in the inferred category, and major shareholders and banking partners who remain fully supportive of our exploration strategy.”

Terranova stated that recent PNG COVID-19 developments had had no material impact on the company's exploration campaign since all of the Fergusson Island and Feni projects benefited from being located on islands.

He said, “The technical teams will remain on-site for the duration of the drilling programs which are protected by appropriate COVID-19 safety and health protocols.”

The Gameta job program has the following goals:

Adyton intends to deploy the two drill rigs to the Feni Gold Project, which is situated within the Lihir volcanic arc, in the coming weeks.

A substantial and largely untested porphyry copper target has been clearly highlighted by recent 3D re-processing of Induced Polarisation (IP) surveys conducted in 1998. This primary phase anomaly is modelled as a 150-200mm sub-vertical pipe with a substantial depth extent. The drilling program will focus on this pipe-like feature.

The drilling program at Feni has the following goals: