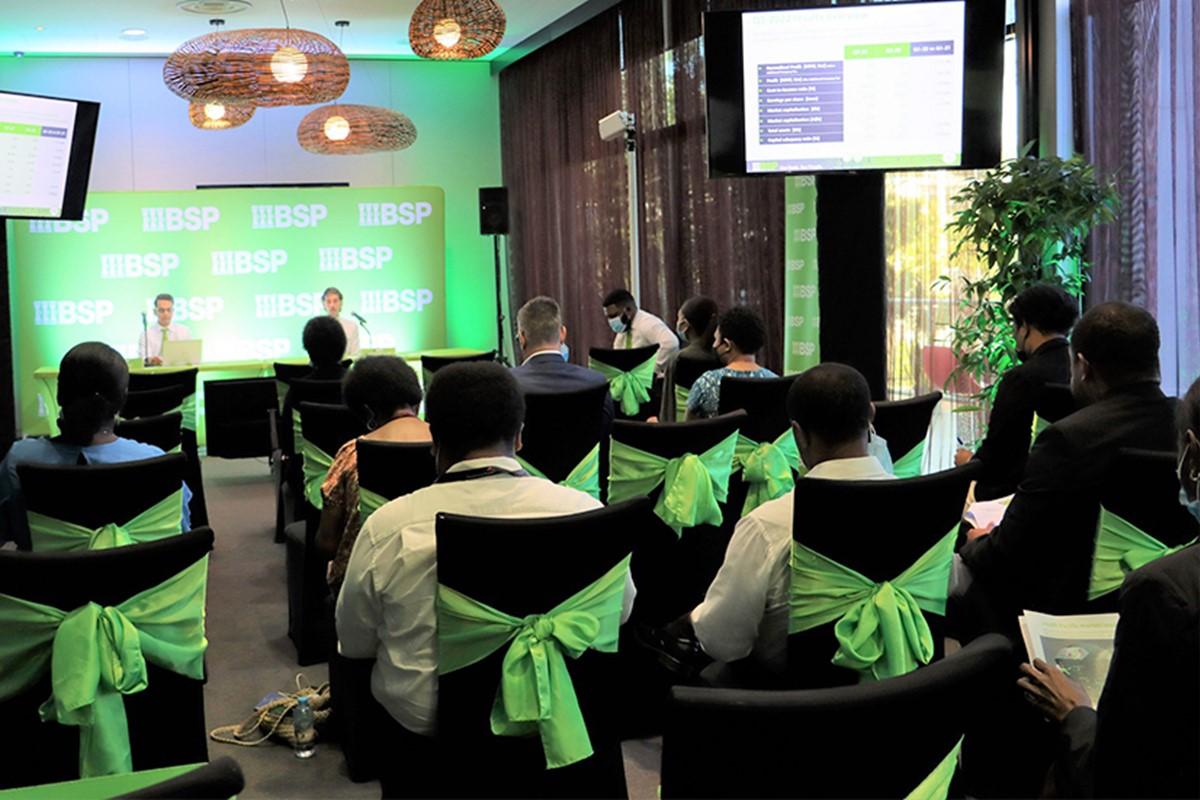 “Growth in BSP’s offshore branches and PNG Bank were the main drivers for the overall uplift in underlying Group NPAT,” according BSP Group CEO Robin Fleming.

“BSP’s share price on the PNGX finished 0.4 percent higher in the trailing 52 weeks at K12.05, with average prices of K12.21 in Mar-22. ASX prices reached an all-time high of A$6.00 after the K1.1bn profit announcement, but fell to A$5.00 in the weeks following the announcement of the additional company tax in March 2022,” said Mr. Fleming.

He added that capital adequacy ratio decreased to 21.3 percent due to timing of the 2021 final dividend which was declared in February this year, while prior years had the final dividends declared in May at the time of the company’s Annual General Meeting of shareholders.  Capital adequacy remains well above BPNG’s 12 percent requirement. Group Return on Equity (ROE) was 24.0 percent in Q1-2021, impacted by the ACT.

When presenting the first quarter results to investors and the media, Mr. Fleming concluded by stating that the additional company tax is unfair and inequitable, in that BSP is the only bank in

PNG that is targeted for this tax and our PNG shareholders are the hardest hit.  “It dissuades investor confidence in PNG and sets a dangerous precedent for arbitrary taxes. Super Funds estimate that BSP shareholders will lose K1.0 billion in value directly and indirectly as a result of the tax.

“Despite the tax, BSP has and will continue to invest heavily in PNG, with its new core banking system, more ATMs and EFTPOS terminals, and additional branches in Lae and Mt Hagen, an upgrade of Maprik to a full branch and two additional hybrid sub-branches in Telefomin and Palmalmal.

BSP’s PNG branch footprint is the largest in the country, with 84 branches and sub-branches, which is significantly more than Westpac’s and Kina Bank’s combined 32 branches in total. Further, BSP branch access ranks highly when compared to other leading banks in comparable markets, with BSP branch coverage per 100,000 people being 1.56, compared to Phongsavanh Bank in Lao at 1.22, ACLEDA Bank in Lao of 1.04, First Bank of Nigeria at 0.56 and the other two retail banks in PNG at 0.32 and 0.28.

The first quarter financial results also highlighted that BSP has not increased its fees since 2014 and today forgoes in excess of K90 million per annum in fee income from our fee reductions and waivers since 2014.  In addition, BSP provides a large number of fee free services to its customers, far more so than our competitors do and BSP fees are generally much lower than those of our competitors’.” 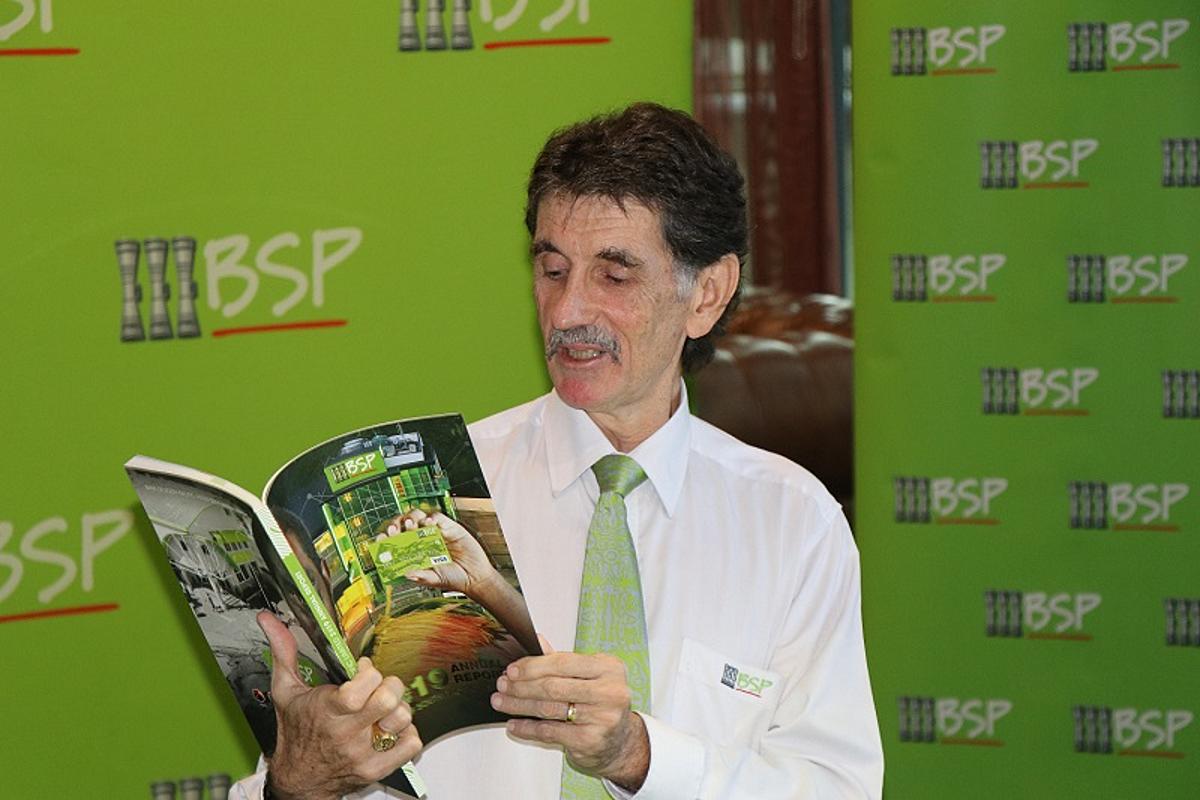 In the first quarter of 2021, South Pacific Financial Group Ltd recorded a net profit of K203 million. According to the bank, this is a 2.6 per cent decrease from the first quarter of 2020, owing to a decrease in net insurance revenue and a rise in computing costs. Some highlights included net assets of K3.6 billion, a cost to income ratio of 40.3 per cent, a capital adequacy ratio of 25 per cent, a provision coverage ratio of 5.7 per cent, a market capitalisation of K5.6 billion, and earnings per share of 43 toea.  The last 12 months had been tough, according to Group Chairman Sir Kostas Constantinou, "but we did well with the profits that we achieved." “We have an excellent staff, everybody’s committed,” he said. “It is unfortunate with the Covid-19, but we progress forward now with the inoculation of our staff who are behind it. The intention is to do most of the branches. We have had problems through the Pacific, places like Samoa, Tonga which have been restricted because of tourism. The Cook Islands have opened up so we are yet to see what happens. In spite of this, Sir Kostas remained positive. “Good times are coming for Papua New Guinea with the recent announcements on the progress of some of the country’s resource projects,” he said. “We are fortunate that we have the Papua LNG project that has been successfully completed and is proceeding with Total who’s the lead partner doing the upstream and Exxon doing the downstream. These projects are K48 billion and right on our doorstep and there’s not a lot of countries in the world that have these types of projects.” The news about P'Nyang was also embraced, according to Sir Kostas.   Reference: The National (24 May 2021). Bank records first quarter profit of K203 million 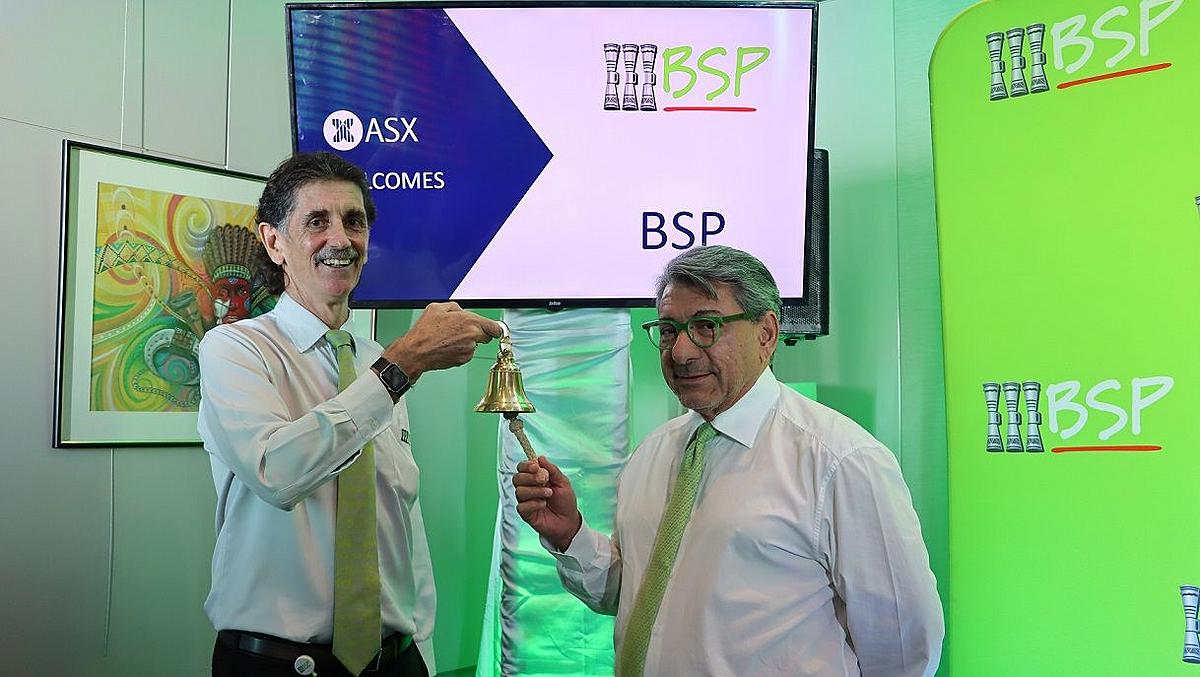 The Bank South Pacific Financial Group Ltd has had its application to join the Australian Securities Exchange (ASX) accepted. The bank will be listed on the ASX this week, according to Group Chief Executive Officer Robin Fleming, and shareholders will be able to transfer partial shares to the ASX. “We were listed on the PNGX (PNG Stock Exchange) in 2003 but because of the size of BSP, that market capitalisation was close to K5.6 billion,” he said. “And because of the size of BSP, it was difficult for shareholders to have larger partials of shares and actively trade their shareholdings. Being listed on the Australian Stock Exchange, shareholders can move their shares either in full or in parts to the ASX and, therefore, trade their shares far more easily on a very liquid stock exchange market. PNG resident shareholders still have to go through a process in making sure their compliant with the Internal Revenue Commission (IRC) and Bank of PNG guidelines in respect to exchange control as to how they deal with any share sales. But once they move to the Australian stock exchange, they then have the capability to trade their shares far more readily and in a far more accessible format than is the case for PNG. He added, “While we have a good shareholding base in PNG because of BSP’s success, the composition of BSPs investment and the portfolio of some of the superannuation funds which is very high, we’ve been successful. Our portfolio continues to increase and even if they want to trade more actively, it is constrained by the absence of liquidity in PNG.” Sir Kostas Constantinou, the bank's chairman, said it was a watershed moment for the bank, allowing it to collect money and grow more. “It gives us liquidity, it gives our shareholders liquidity so that they can buy and sell shares and trade on the Australian Stock Exchange,” he said.   Reference: The National (24 May 2021). BSP set to start trading on ASX

BSP Financial Group has replaced Bank South Pacific Limited as the company's name. Sir Kostas Constantinou, Chairman of the BSP, revealed this last week. The shareholders approved the name change, as well as other legislative amendments, according to Sir Kostas. BSP will now proceed with the filing of its application for listing on the Australian Securities Exchange (ASX). “The notice of the meeting is currently subject to advise and approvals, which are expected to be finalised during March 2021,” Sir Kostas said. According to BSP Group CEO Robin Fleming, the proposed ASX listing would provide access to new pools of capital on Australia's largest market. “While BSP has been listed since 2003 on the PNGX, there are a number of constraints that BSP faces in sourcing new forms of equity capital,” he said. “Accordingly, BSP is pursuing the proposed listing as a means of mitigating some of these constraints. Access to new sources of capital will allow BSP to explore future growth opportunities. Another benefit of joining the ASX is that it will facilitate increased liquidity for BSP’s shareholders (trading of BSP shares). The ASX is a much deeper (larger pool of investors) and (more) active market than the PNGX. Accordingly, shareholders will find it easier to trade BSP shares on the ASX.” The visibility of BSP would increase if it joined the ASX, according to Fleming. “It will provide the opportunity to better educate the international marketplace in relation to BSP and PNG,” he said. BSP's shares would be exchanged on both the PNGX and the ASX if authorised. When asked about the name change, CEO Robin Fleming confirmed that the iconic trade name of BSP would continue to be used throughout the Pacific.