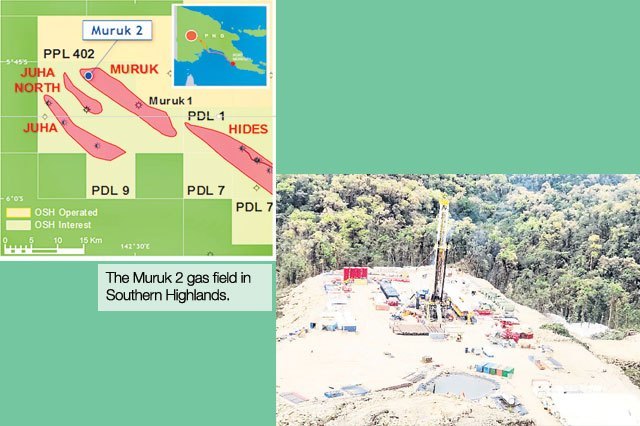 he mining and petroleum industry according to PNG Chamber of Mines and Petroleum president Gerea Aopi, is responsible for approximately 26 per cent of the nation’s gross domestic product and around 80 per cent of exports.

Among other industry leaders and chief executives that gathered during the 35th Australia-PNG Business Forum and Trade Expo at the Stanley Hotel in Port Moresby last week was Oil Search Ltd managing director Peter Botten, pictured, who has worked productively with all of PNG’s eight prime ministers during his 26 years as head of the petroleum exploration firm, including Prime Minister James Marape.

“Putting it in context, recent political changes that we have seen really is nothing particularly new to big investments in PNG,” Botten said.

“Each one of those prime ministers has had their own stories and maybe some bad ones too, and what I want to highlight is that, the debate that is going on right now is nothing new, and I think we have to put that into context.

“We also have to put that into context that Oil Search’s future is very much linked to the prosperity of this country and over the years, we have been instrumental in promoting PNG, as an attractive investment destination.”

Botten said during a Resource Update session at the event.

The theme of the event was “The road ahead: Optimising infinite opportunities”.

“We have been at the front and centre of promoting PNG as a stable, great place to invest and broadly value, our share price has reflected that confidence,” Botten said.

“We like our other joint venture partners, are very much looking forward to working with the prime minister and the government to address the issues raised, we recognise that there must be:

We also wish to work with the government on improving benefits distribution mechanisms, processes that see benefits going into villages, to people, and that is certainly an area that improvements can be made, working with the government, with communities.

“Obviously, we have a major interest in LNG, and interests in Papua LNG as well, we are very much involved in the next phase of growth in LNG in this country and we also have a very strong resource base in which presently, production can last for the next 60 years, so that indicates to me that there is still a substantial amount of development potential remaining in PNG,” Botten said.

“Really the thing here is to get the commercial and equity story right, so these hydrocarbons can be brought to market in a timely and responsible way.

“We recently picked up an operatorship of a major oil developer in Alaska, the United States, and when you put all those together, we are only scheming three major world class projects and hopefully sometime in 2020 will see production growing from around 30 million barrels this year to around 70 million barrels in 2024 to 2025.

“So when you look at the history of the company, the future looks pretty bright and certainly delivering those projects responsibly and sustainably is very much the focus for us in 2019 to 2020.”

New Petroleum Minister Kerenga Kua said the government would review the agreements of the Papua LNG project signed in April.

Kua clarified that it was not about revoking any agreements or understanding between the State and developer.

“We will review the Papua LNG gas agreement,” he said.

“This government has to satisfy itself on things like the Papua gas agreement.”

“We have to satisfy ourselves that the agreement follows all our applicable laws, starting with our Constitution, down to our Mining Act, and it also satisfies all the protocols of government business, that all stakeholders who were to have been involved in the discussion and negotiation of that agreement from the Central Bank to the Treasury, to Finance, Environment and Conservation, to Mineral Resource Development Company, to Kumul Petroleum Holdings Ltd,” Kua said.

“We need to be satisfied that protocols have been followed.

“Papua New Guinea’s shares are defined under the Oil and Gas Act.

“But it is about the benefits under the Income Tax Act that has always been an issue, that is where Papua New Guinea has always lost by being negotiated out of its due in taxes and that is the centre of focus of all negotiations in resource areas, we need to look at the act seriously.

“We need to ask these questions because nobody else can.

Aopi in light of the announcement said last week that industry would continue to be the backbone of Papua New Guinea’s development contributing immensely to the development of the nation’s human resource, economy, infrastructure, and improving the livelihoods of people and living standards of communities.

“We have heard the Government’s desire to amend resource laws, and to ensure PNG benefits more from its resources,” Kua said.

“We share this desire and will support the development of legislations that encourage investments and provide a better outcome for PNG.

“We want to work with the government and all stakeholders to make this happen. We want to see a stronger PNG with a stronger economy, and a bright future.”

PNG is one of the few countries in the world where mining and petroleum projects provide socio-economic opportunities to the local areas they operate in.

Many of these projects have opened up access and opportunities to some of the most isolated rural communities in PNG.

This benefit structure is unique in the world as mining and petroleum companies in many jurisdictions of the world do not provide socio-economic services to the areas they operate in.

Aopi also spoke about the chamber’s desire to work with the government on the establishment of a Petroleum Resources Authority.

“We are also ready to support the government’s vision to establish a Petroleum Resources Authority,” he said.

“We’ve stated publicly the industry’s position on many occasions, and our position remains steadfast.

“The establishment of a strong, robust and efficient regulator that is financially autonomous will have the capacity and zeal to promote increased oil and gas exploration and assist the government in regulating petroleum industry.”