Oil Search is seeking a resolution of the uncertainty over a gas deal with the Papua New Guinea government by the end of this month as it battles to keep a $US14 billion ($20.7 billion) LNG expansion project on track after the change of leadership in PNG.

In comments as Oil Search posted a more-than-doubling in net profit for the first half, managing director Peter Botten reiterated that initial work on engineering for the expansion can't proceed without agreement with the government on terms for the development of gas.

The LNG expansion, which is led by energy multinationals Total and ExxonMobil, was thrown in doubt when James Marape took over as Prime Minister of PNG promising he would ensure more benefits flowed to local people and the economy from gas development.

The government said late last week it had sent a negotiating team to Singapore to re-negotiate the deal on the Papua LNG project with Total, an about-turn from its declaration only earlier this month assuring it would respect the broad terms of the agreement. 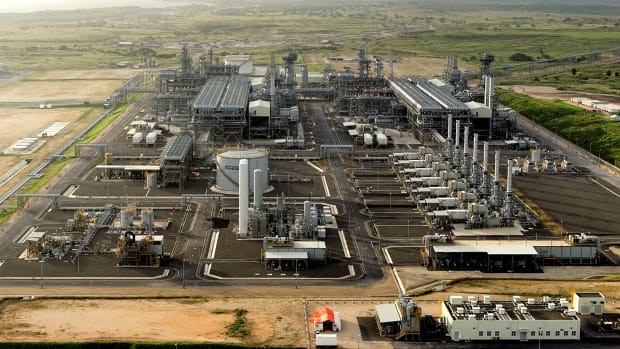 But Total rejected the PNG government's request to renegotiate the deal, Bloomberg reported late Monday, citing a person close to the situation. It said however that Total was prepared to hold further discussions on the local content terms of the gas development.

Oil Search said a delay in resolving the issue would result in the expiry of "attractive" bids for engineering and design work from contractors.

"We absolutely respect the right of any host Government to review project agreements," Mr Botten said.

"However, the Papua LNG Joint Venture believes the existing terms and agreement, which were entered into in good faith, are appropriate, fair and reasonable."

Both the re-confirmation of the Papua LNG deal and an agreement on a similar deal on terms for the development of the P'nyang gas field that would supply the expansion of PNG LNG are required to go ahead with the engineering and design work, known as FEED, on the proposed three-train LNG project.

"There are a range of projects globally competing for both LNG markets and for contractor services, so we believe it is in the best interests of all stakeholders to progress into FEED as soon as possible," Mr Botten said.

"In addition, the commencement of FEED will bring inflows of funds to PNG through a commitment to early works, providing a boost to the country’s economy."

Net profit jumped to $US161.9 million in the six months ended June 30, from $US79.2 million in the year-earlier half, which was hit by the impact of a major earthquake in PNG. Sales rose 39 per cent to $US776.9 million.

Oil Search declared an interim dividend of US5¢ a share, up from US2¢ a year ago.